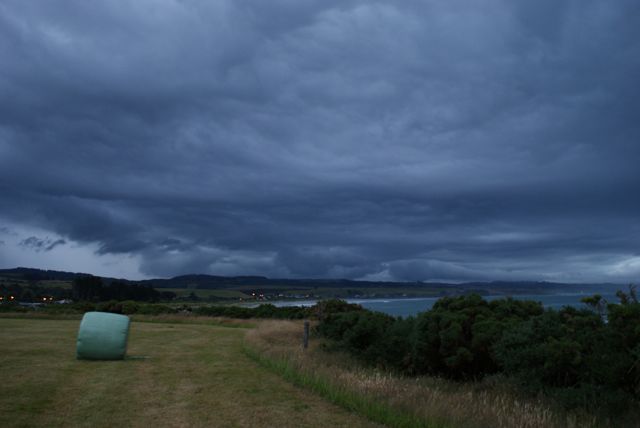 Houses have been flooded and roads closed by slips following heavy rain in Dunedin overnight.
Senior Sergeant Steve Aitken told NZPA police had a busy time dealing with a number of incidents overnight.
Portobello Road between Dunedin and Macandrew Bay was closed, as well as Burkes Drive, Highcliff Road, and Scroggs Hill Road.”A bank has come down against a house in St Leonards and there’s also been a lot of surface flooding and overflowing drains,” Aitken said.

The Fire Service has also been kept busy, St Kilda fire station officer Howard Weir, said.
”When Dunedin gets a period of rain like this there’s always certain low-lying areas in south Dunedin that have the same problem time after time so we’ve had a few of them.
”There have been issues with blocked culverts on Portobello Road and water spilling out where it shouldn’t go.
”We’ve also had to pump water out of the basements of several homes in the Macandrew Bay area, which was the result of a blocked culvert which couldn’t drain properly. There’s only so much you can do because we haven’t got the expertise or the machinery to unblock culverts, we can just try to help as much as we can, but essentially it’s a council issue,” he said.

The Otago Regional Council has issued a flood warning following heavy rain in all parts of Otago.
Rivers have risen quickly in the Manuherikia, Pomahaka, Taieri, Kakanui and Shag catchments, near Alexandra and eastern parts of Otago.
People in the areas are advised to be mindful of wet conditions and watch for rising river levels.
The council is monitoring the situation.