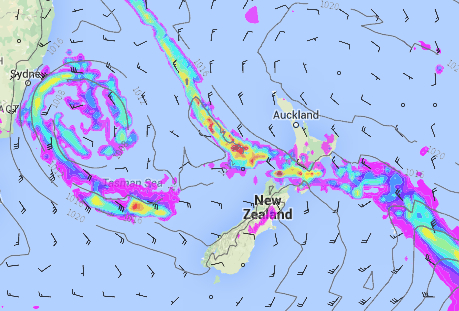 Northwesterlies are still dominating the North Island’s weather, and they are joined by a front which is moving on to te lower half of the island while a weak low sits over most of the south.

The main risk for today is rain – with heavy showers in the offing southwest of Waikato, especially Taranaki around the middle of the day, then moving by evening to the Manawatu, and southwards in the west.
The Hawke’s Bay and Wairarapa should also prepare for some steady showers later this evening too.

The showers will weaken and then stop overnight, however – so it shouldn’t be too long lived.

The odd shower will affect North Westland and Buller in the afternoon, moving into Nelson and Marlborough by evening, and becoming steady late evening.