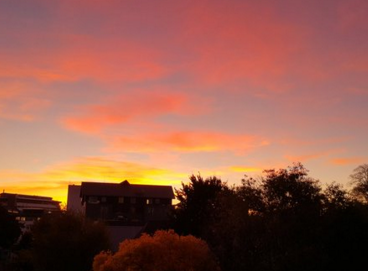 Next week sees another high pressure system keeping our weather largely clear and sunny to start – but before that happens, the weekend brings the chance of rain, cloud or showers to many parts of the country.

Rain on the West Coast of the South Island may bring a few heavy falls during the day as a front moves northwards, then to the southwestern corner of the North Island overnight.
Nothing overly heavy for long, but rain will fall heavily in patches.
Northwesterly winds about North Canterbury through to the Cook Strait area will be gusty, especially strong about Cook Strait with winds possibly touching gale force at times.

Rain clears the lower North Island in the morning, then clearing the upper North Island during the afternoon.
There’s a low risk of a heavy fall or two as this frontal band moves through, though it’s probably more likely in the west.
Then about Southland (especially near the coast), and coastal Otago (Otago Peninsula southwards), winds are fairly gusty / strong from the west, while from evening winds may gust to gale about these coastal areas.