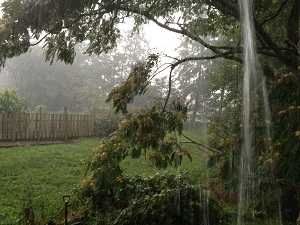 Showers are continuing to move across Northland and Auckland this morning thanks to the incoming Tasmanian low.  Showers will affect the Coromandel Peninsula this morning as well.

More rain is on the way for these areas this afternoon.  Some heavy rain is still possible about Auckland this afternoon as well….and then Auckland, Bay of Plenty and north Waikato for tonight.

Increasing winds are also on the way for today for the upper North Island.  Gusty easterlies and nor’easterlies are expected to develop as we go throughout the day.

Rain is expected to spread across most of the rest of the North Island by tonight.

Tomorrow, the threat for heavy rain will move away from Auckland shift more toward the Bay of Plenty and East Cape/Gisborne.  The threat for heavy rain will exist all day, with the greatest threat being during the daylight hours.  Eastern Waikato and the central Plateau could also see some heavier rain, but the amounts don’t look to be as much and threat is not as high.

The South Island will likely remain pretty much untouched by this low.  The extreme uppper regions of the SI could see some showers today and tomorrow, but it should all be pretty light.  Some more widespread rain is possible on Tuesday, but only the for the northeastern regions and even then, chances are pretty small.