Rain and thunder – #WeatherRisks for Tuesday & your main centre outlook 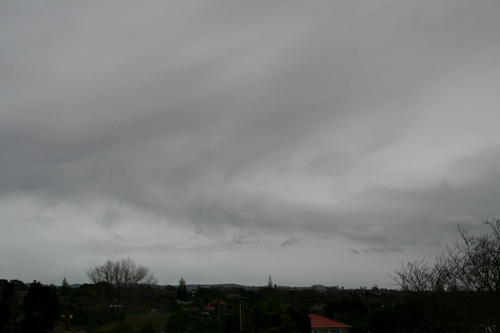 Several competing weather systems will shake things up weatherwise for both islands – with some wet stuff in the west and even a thunderstorm risk for parts of the country.

Thunderstorms are possible right down from Northland to Kapiti – though these should only be intermittent amid the gloom – though this will stick around through most of the day.
Thunderstorms are most likely in the Auckland area during the day, though it doesn’t look too dramatic – maybe just a few rumbles, clearing in the evening.

Further south, Canterbury is set for isolated showers towards afternoon and into the evening – with the risk of a few heavy showers highest from Mid Canterbury northwards.

A sunny start may give way to showers in the afternoon and temperatures in the early teens, as southwesterly winds pick up – though these are more likely in the evening.

Similar story in the capital, with a clear and sunny morning with northwesterlies changing to patchy showers and temperatures in the mid teens from the afternoon.

Auckland will start off damp, though early rain should ease to occasional showers through the day (and the odd rumble of thunder), with temperatures around 15 degrees and breezy westerlies.