Queenstown fire burning ‘out of control’ near Glenorchy 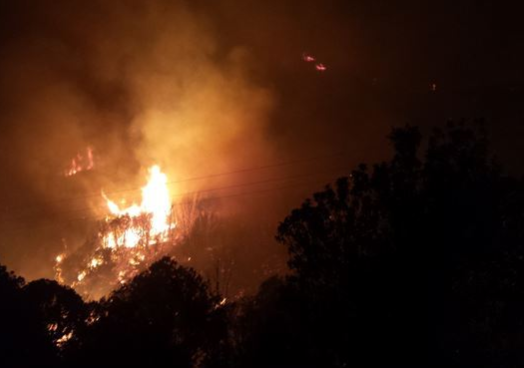 Glenorchy has been cut off by a major scrub fire burning out of control near Queenstown this morning.

The small southern settlement at the foot of Lake Wakatipu is without power and road access as a fire, which started before midnight, burns fiercely at Bobs Cove on the Glenorchy Rd.

Residents of the small communities at Bob’s Cove and Closeburn Station have been put on alert as firefighters tackle the fire from the air and on the ground.

Otago Rural Fire Authority deputy rural fire officer Jamie Cowan said the fire began beside the lake edge about 10km west of Sunshine Bay around midnight and had now spread uphill and to the east, burning through scrub and trees.

So far the fire is burning across 50 hectares of land on Jessie Peak above Rat Point.

At one point the fire jumped the Queenstown-Glenorchy Rd.

Cowan said in the past hour the fire had reached the ridgeline at the top of the slope above the road and its progress has slowed down.

That had reduced the threat to communities, with the nearest houses about 2km away.

Fire crews from Glenorchy, Arrowtown, Queenstown, Luggate, and Alexandra had been brought in to tackle the fire.

An additional seven helicopters with monsoon buckets joined the operation at daybreak.

Residents of Bob’s Cove and Closeburn Station have been put on standby but at this stage no evacuations had been ordered.

The Glenorchy Rd would remain closed indefinitely from Bobs Point to Mt Creighton.

At this stage there was no indication how long it would be before power could be restored to Glenorchy.