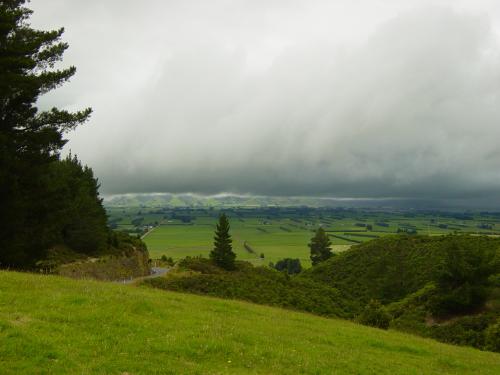 If you’re heading away this weekend for the last national holiday in almost 5 months you should be prepared for rain, sun, wind and warmth says WeatherWatch.co.nz.

Head weather analyst Philip Duncan says a system brewing in the northern Tasman Sea (that brought the spectacular waterspouts to New South Wales on Monday) is heading towards us – but not before a large high, currently over the country, is finished with us.

“We have windy weather to start with in the north, with rain clouds moving in on Saturday and Sunday across many parts of the country and then winds easing”.

Mr Duncan says Queen’s Birthday Monday will see winds turn to “our warmest wind direction”, the North West. “Monday will be a warm day across the country but it could be wet in Otago, Southland, the West Coast, the Nelson Ranges and eastern Bay of Plenty and East Cape with sunny or mostly sunny weather elsewhere”.

WeatherWatch.co.nz says Christchurch should be the driest centre this weekend with Napier and Hastings also fairly dry apart from some light rain on Sunday.

Heaviest rain will be over the West Coast where rain will fall for most of the three days this weekend.

Mr Duncan says other forecasters are saying rain could start in Auckland as early as Friday evening but that data used by WeatherWatch.co.nz still points towards the rain clouds moving in on Saturday afternoon or evening.

“The reason for the differing forecasts is due to the fine line between dry weather and heavy rain. The rain will be pushed up hard against our departing high…if the high weakens, even only by a small amount, it could mean a significant change in the arrival of rain clouds”.

Slight drizzle in the Wekaweka ( just above the Waipoua Forest ) but the wind is up quite strong with some good gusts to boot. We get the Nor’Easter quite strong given the highest point in Northland is not far away and we’re up around the 300 metre mark above sea-level. The surrounding hills don’t seem to protect us from the wind. 19C

Red sky this morning in Auckland. Look like the rain is coming…..

I go with you guys Phil. We have found Metservice over forecast wind & rain to protect themselves. As fishermen we are always watching weather & so far have found you guys are spot on.

Hi Dave – thanks for the support – time will tell who is correct!

Rain has already started in Whangarei Phil, been cloudy all morning and threatening and finally it arrived. Whether it will be intermittent or not reamins to be seen. Wind from the east with temp around 15 deg.
Looking like a weekend indoors.

Hi Derek – really appreciate the update from your neck of the woods.  Those are just showers in your area (hard to tell when it;’s overcast though!).  The true rain band is still  way out to see.

Timing with the rain totally depends on this high over us…if it weakens, even a little bit, the rain will arrive early (as MetService are forecasting).  We are expecting the high to hold on.  it’s a good test of the models we use – if we’re wrong we’ll certainly be looking in to why!