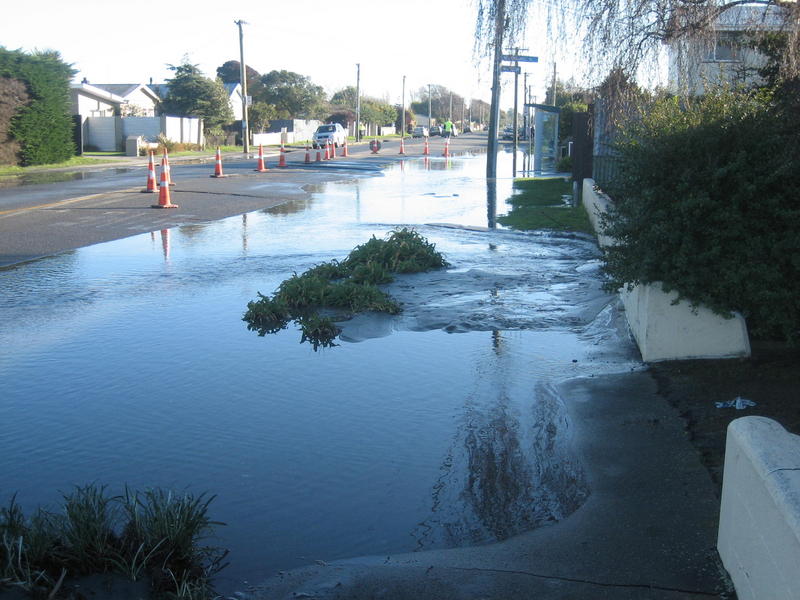 A magnitude 5.0 earthquake struck Christchurch just after experts predicted more quakes for the region, followed by a smaller 4.7 quake and then a larger 5.2 quake.

The earthquakes follows a high-level quake summit in the shaky city, organised by Mayor Bob Parker to “provide the full facts” for information-hungry citizens.

The quake was widely felt, with reports from as far away as Hanmer Springs. One Bexley resident reported the quake as “slightly damaging”.

One minute earlier a magnitude 3.5 quake struck 20km east of Christchurch, at a depth of 10km.

Government seismologist Dr Kelvin Berryman had warned: “There is almost certainly a magnitude 5.0 out still there and we would guess quite a few 4s and 3s – on a daily basis.”

He had said the probability of a magnitude-7 was “very low” but “not zero.”

Dr Berryman from GNS Science was called to brief city councillors, MPs, and the media on up-to-date information after the recent spate of quakes originated out at sea in Pegasus Bay, sparked by the series of violent jolts on December 23.

The scientist said his expectation was the current spate would continue into the same pattern experienced by the city’s inhabitants after the fatal 6.3 magnitude February 22 quake and the 5.89 and 6.41 magnitude quakes on June 13.

He says there’s unlikely to be another major quake on fault lines that have already been ruptured.

Dr Berryman said the current activity was “good news” as it meant pressure was relieving and the fault was “catching up.”

Offshore quakes were occurring in fragmented rocks and would not produce a magnitude 7 quake, GNS believe.

Dr Berryman tried to allay fears of an offshore quake generating a tsunami that would hit the Christchurch seaside suburbs.

He explained that while a magnitude 7 quake could potentially produce a 1-2 metre tidal wave, it would not be “much to worry about.”

But he added that beach residents should “self evacuate” in the event of a big shake and not wait for Civil Defence orders.

Meanwhile, the Canterbury Earthquake Recovery Authority (Cera) revealed that some red zone areas had dropped below sea levels since September 4, 2010, which started the earthquake sequence.

More than 9,500 aftershocks have struck the region since the September 4 quake.

Recent quakes had seen the aftershock sequence line up closer with the amount of aftershocks GNS Science expected.

The quakes’ epicentres are moving to the east, although quakes will continue to occur elsewhere in the region, he said.

Mr Berryman said the 1968 Inangahua quake had seen an ongoing earthquake sequence which continues throughout the Nelson region to this day.

“In Canterbury there may be an ongoing sequence over a period of a few decades.”

He said that it was very much a case of the “wrong place, wrong time” for Christchurch.

You are correct.  Thank you for pointing that out.