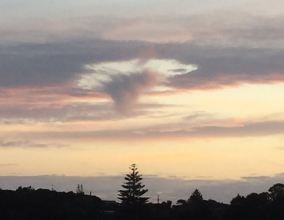 Auckland’s western sky at sunset is no stranger to spectacular clouds. Between the sun setting to the west and various vapour trails caused by jets flying between Auckland Airport and Australia, or the setting sun reflecting off the sea through the dusty sky, can create for some amazing and stunning cloud formations.

But last night was something different – in fact the “punch hole” cloud (known more technically as a Fallstreak Hole) seems to have appeared near the Waitakere Ranges just on sunset.

This photo was sent to WeatherWatch.co.nz last night by Jesse Ball on Twitter: 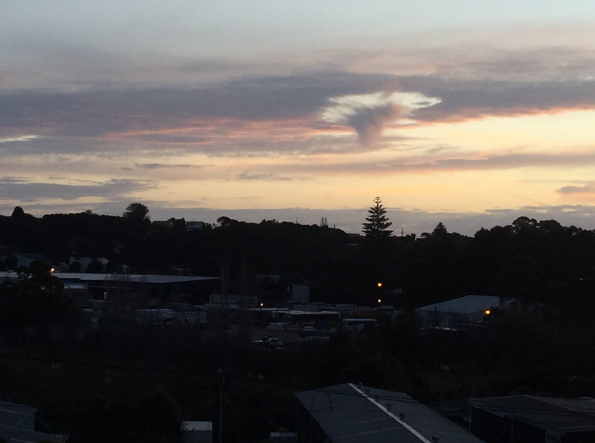 So how do these clouds form?  We asked our friends at Wunderground: 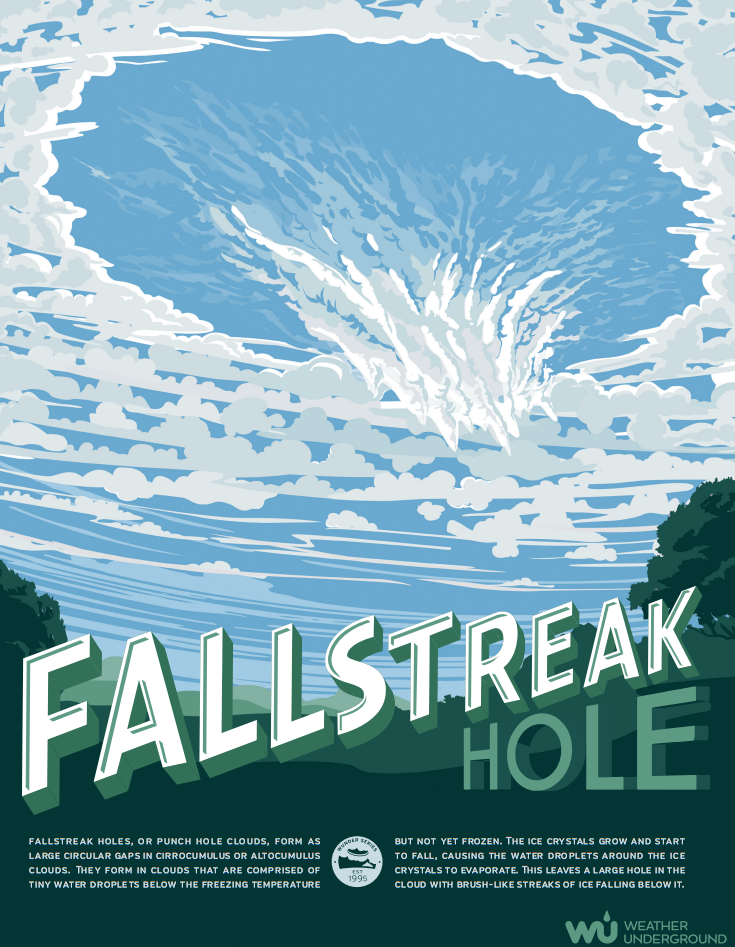