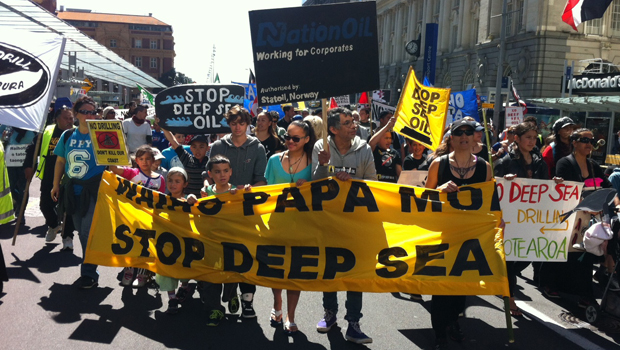 A hikoi protesting against deep sea oil drilling in New Zealand has arrived in Auckland.

They’ve walked from Cape Reinga, and are on their way up Queen Street, to finish at a Government conference with Norwegian oil giant Statoil, which is underway at Sky City.

Newstalk ZB reporter Dylan Moran is there and says there is a sizeable amount of them.

“There’s around 300 and they’ve managed to take over most of Queen Street. There’s a lot of people in buildings looking down and wondering what the ruckus is, so they’re certainly succeeding in getting attention.”