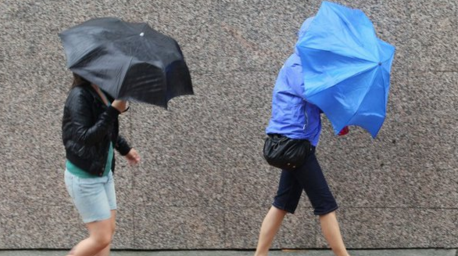 Trees are down and power lines are arcing all over Auckland and Northland as strong winds and heavy rain blow through.

There are at least 17 separate outages, three of them on Waiheke Island and a cluster in north-western areas.

The worst of the wind came through between midnight and 3.30am.

Vector crews were prepared for the weather, saying it’s always worse when we get heavy rain after a long dry period.

But while they’re working hard to restore power, in many cases trees and debris must be removed before lines can be accessed.

The most serious incident in Auckland appears to have been in Kaukapakapa, where a tree has come down on a house.

The Fire Service said the tree penetrated the roof of the home on the Kaipara Coast Highway. It’s now covered with tarps.

Severe Weather Forecaster Paul Mallinson said what did turn up in Auckland and Northland were 120 kilometre per hour gusts:

“They had some pretty strong gusts up there during the night and I believe there were some power problems with power lines so although they didn’t get the rain they certainly got the wind”.

The Fire Service called in extra staff to deal with callouts of trees blocking roads and live wires.

Fire fighters have responded to a tree through a house and a couple of cases of trampolines being blown into homes but shift controller Dallas Ramsay said given the circumstances we got off lightly.

“We’ve had no injuries which is fantastic considering the speed of the winds”.

Ramsay’s warning drivers this morning to stick to the speed limit and be aware of debris on roads.

When there is bad weather in Auckland, @Uber_NZ be like…