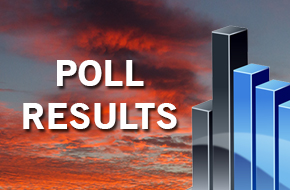 After last week’s rainfall around the country, we wanted to know what kiwis thought of the change in the weather…in hindsight maybe we could have held off for a week to ask!

The last 5 days have seen some pretty extreme conditions, particularly in the North Island – and if given the chance to vote again, I’m sure some in the Wellington region may have changed their vote if they had seen the poll before Tuesday…

Having said that, other parts of the country have benefited hugely from the rainfall, particularly very dry parts of Canterbury, parts of which received some good steady showers through the last week.

A combined 71 percent of those who voted said they felt positive about the recent rains – either that it’s been ‘perfect’ or they’ve ‘loved just hearing it on the roof – compared to the 29% who felt negatively about it.

Remember to keep an eye out for our next poll, coming tomorrow morning!