Poll: 1/3 of Kiwis are very worried about power price rise 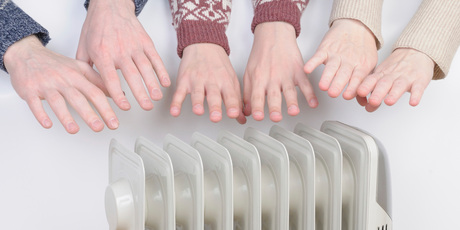 A recent poll in the New Zealand Herald says that most Kiwis are concerned about the power price increase.

Of the roughly 15,000 respondents, 32% said they were really worried about whether they can afford the increase.

7% said they simply can’t afford to pay their power bill.

The price hike is due to energy price increases made months ago.  But with the cold weather coming in, the price hike will be felt even more.

According to the New Zealand Herald, the increases will be especially felt in the North Island.

Some Auckland households with one provider face increases of up to $64 for the three months of winter, and further increases are expected until at least 2015.

Budgeting services say that although most power prices went up in April, families will feel their true effect over winter.

Figures from energy retailer Powershop show an average-sized home in Auckland will face a power bill of up to $805 for June to August.

Meanwhile as power prices climb the Government says the number of people switching power companies is evidence the industry is competitive.

But an electricity campaigner says even the best deals are leading to fuel poverty and the Government must take bolder action.

Some families are sleeping together on mattresses in the one room they can afford to heat.

And Roy Reid, national president of Grey Power, said many older people had dinner and went straight to bed to try and keep warm.

“It’s a false economy really, because they might do that, but then the house gets cold, and they will get other illnesses because they are cold.”

New Zealand consumers have dealt with some of the steepest power price increases in the world over the past 20 years.

Residential consumers account for about 34 per cent of New Zealand’s power use, with the rest used by commercial and industrial groups.

A report by Consumer NZ last year said that in the main centres, the typical family power bill has gone up 78 per cent in the past eight years.

By comparison from 1979 to 2009 commercial electricity prices fell in real terms by 37 per cent and industrial prices by 3 per cent.

According to figures from the Ministry of Economic Development, New Zealand’s residential electricity prices are less than the OECD average.

Official figures for Australia were not available, but in 2010 Australians were paying about 14.83c per kWh.

“New Zealanders are increasingly taking advantage of that [regulatory] change and are switching companies for a cheaper deal.

The creation of the power switch.org.nz website has enabled customers to see how much money they can save if they change power companies.

But energy campaigner Molly Melhuish said more people searching for better deals was not evidence that competition was delivering fair pricing. Rather, it was a sign of desperation as people struggled to ward off fuel poverty, with even the best rates too high for many.

“We must re-regulate so electricity is again an essential service.

“Until that’s done, the current Rogernomics pricing is being increasingly savage.”

Cold and damp living conditions contribute to the deaths of about 1600 people every winter, a study has found.

The 2008 Otago University study found that each year, about 1600 more people died during the winter months than in other seasons.

“It’s like four road tolls added together every winter.”

The study used data from several years and found no decline in the rate for the past 15 to 20 years.

It was still too early to assess the full impact of Government-backed insulation schemes, Dr Baker said.

People with cardiovascular or respiratory diseases were more likely to die when their bodies had to cope with the effort of functioning during the cold.

“The big question has been, if we didn’t have that exposure to extreme – and partly indoor – cold, would people die of something else?

“And it’s quite likely they wouldn’t … this excess winter mortality is not inevitable.”

Dr Baker is involved in intervention studies where people with chronic illnesses are given heating vouchers.

He said some people were surprised such research was being carried out in New Zealand, which seemed “desperate” when compared with Northern Hemisphere countries.

“There, the idea that people should be cold at home indoors is quite a foreign concept – they’re mystified by it.”

This Key led National Government is conning NZ’ers into believing the sale of state owned assets is the only answer to our debt crises. This has always been the theme song of the far right. Ordinary NZ’ers will be bled to pay shareholders – most of whom will be overseas conglomerates such as China/Chinese investment firms who want to establish a stronger foothold in NZ.We are under National slowly but surely losing our heritage and our belongings – just ask Winston Peters!

But the average person in the UK earns substantially more than their Antipodean counterpart.

Speaking as a budget-restricted pensioner, the 24% in this country who “aren’t concerned” obviously have more than enough $$$ to live very comfortably, thank you!!