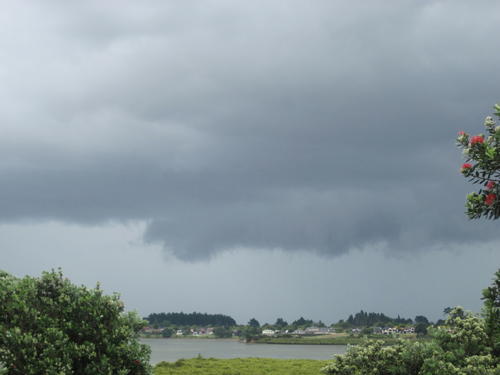 The temperatures may not be as spectacular as those in the east of New Zealand have experienced lately but don’t let that you fool you – temperatures in the low 20s coupled with high humidity are creating what feels like an early summers day.

Afternoon cloud build ups are creating a few spits of rain across Auckland but the sun is still managing to break through to help warm the city to 21 degrees this hour.   WeatherWatch.co.nz says the ‘feels like’ temperature in Auckland right now is around 25 degrees which places it in the “little or no discomfort” category – in other words, a temperature most people find not too hot or too cold.

On Tuesday Gisborne reached 26 degrees while Napier reached 26 on Wednesday but with fairly low humidity the ‘feels like’ temperature wouldn’t have been much different.  The warmer weather in the east was due to the west to north west wind which has slowly moved up the country since roaring across Southland on Labour Day.

WeatherWatch.co.nz says warm, humid weather and the odd “summer-like” shower will continue across the upper North Island for the next few days.