PICTURES: A wintry start to spring – your pics and posts 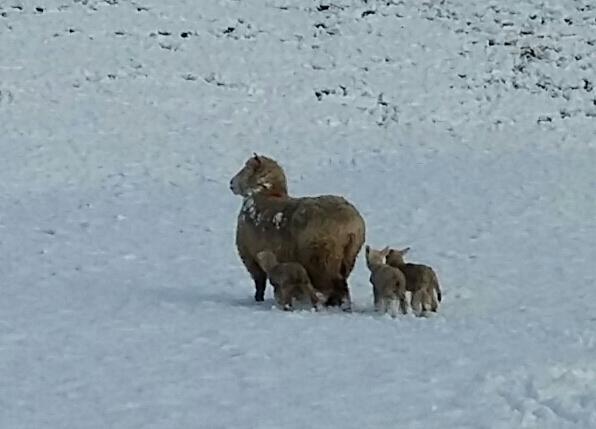 There have been snow flurries through the day in parts of the South Island – right down to sea level in places – to start spring off on a truly wintry note!

We’ve received a number of pictures and reports of snow in different parts of the island, and wanted to post up some of them and give kiwis a (hopefully) last look at winter before spring really takes hold.

Keep sending them into us here – we love getting photos that show off our beautiful country (even when it’s freezing cold!)

“Snow by Anthony Motors on Taieri Road, Dunedin became pure white but it did not last! Time 9.40 am and very cold especially the wind chill factor”

@WeatherWatchNZ cold down south. Some lambs have got though heading for the trees pic.twitter.com/z0U6C23xuq