PHOTOS x 6: Snow falls to 150m in Southland, sea level in some parts of Dunedin 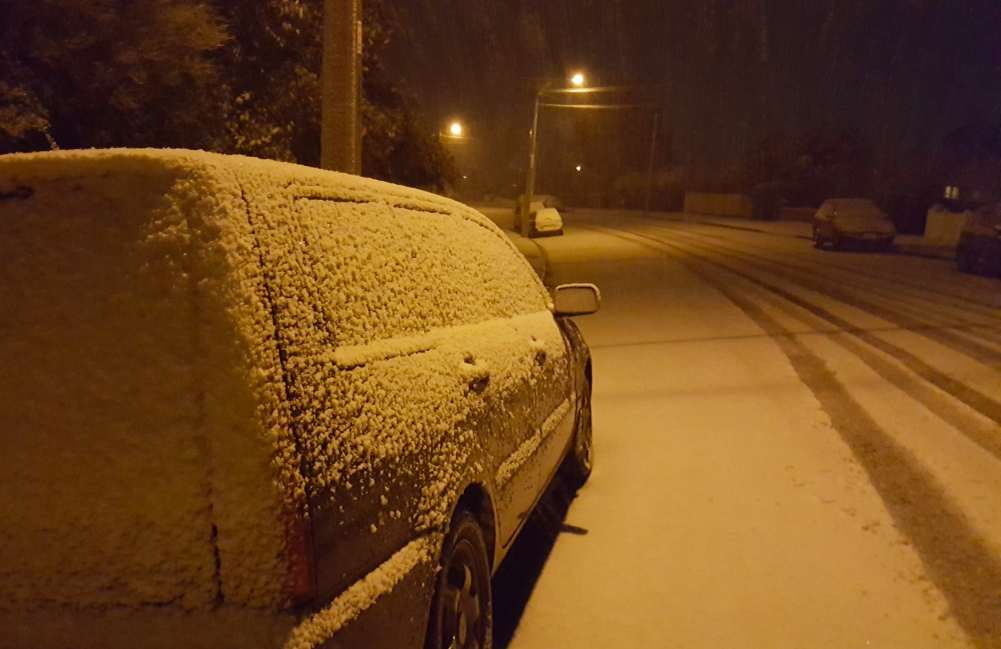 UPDATED 10:11pm:  Reports are coming in of isolated snow to sea level in Dunedin, mainly around Portobello Road area. A cold front has started to march up the South Island bringing snow generally down to about 150 to 180 metres where it is settling for now. Some snow flurries are going lower to around 100m with sleet and hail to sea level.

Due to strong downdrafts and the terrain some isolated snow flurries will reach sea level, or near it.

Photos are coming in from Dunedin’s hilltop suburbs and further inland through into Southland. The main bulk of precipitation looks to be tonight then heading into Canterbury overnight where the snow level does lift a bit in that region, snow flurries are likely down to 150 to 200m around Canterbury.

Drive with extreme care. Some people are reporting roads becoming treacherous around Southland and Otago due to snow. After the recent very frosty weather expect snow inland to freeze and black ice is also a possibility overnight in some more inland areas.

Frequent showers replace the main front with snow showers down to low levels after midnight (100 to 200m in Southland and Otago and more likely 200 to 300m across Canterbury). Some flurries may go lower and sleet and hail are likely to sea level at times.

Thanks for the great photos sent in to our Twitter page tonight! Stay warm and if you have to drive please do take extreme care tonight/overnight and in to Wednesday morning.

@WeatherWatchNZ more! it’s pretty heavy and fast out there! pic.twitter.com/0WwLtPsHAD