Photo(s) of the Day: Gorgeous spring day across New Zealand! 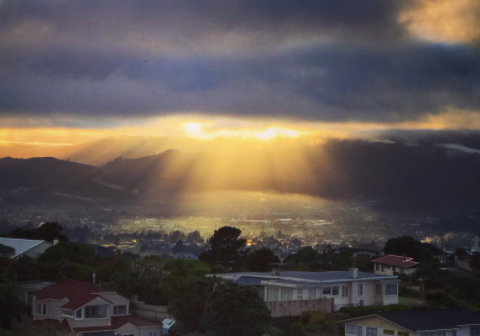 Without a doubt today is the best day of the week for most New Zealand regions – with plenty of sunny skies, warm winds and mostly harmless clouds. Southland has already reached 20 degrees, as have northern parts of the country.

Perhaps the glory of this perfect Spring day was captured best by one of our favourite @WeatherWatchNZ Twitter followers – @NZLainey from Hutt Valley, Wellington.

Her photo was taken at dawn this morning:

Wellington isn’t the only city with a stunning spring day. Auckland has also had a stunning day so far (along with many others!).

Hopefully the day stays as beautiful as it is right now @WeatherWatchNZ pic.twitter.com/LnknWRomuM

It’s warm in many areas too – as you can see from this 1:05pm temperature map via The Weather Company/IBM (a WeatherWatch.co.nz official partner).

Incredibly parts of Southland have reached 20 degrees (areas in orange) – matching northerners – thanks to the mild air flow ahead of a cold front arriving on Thursday. 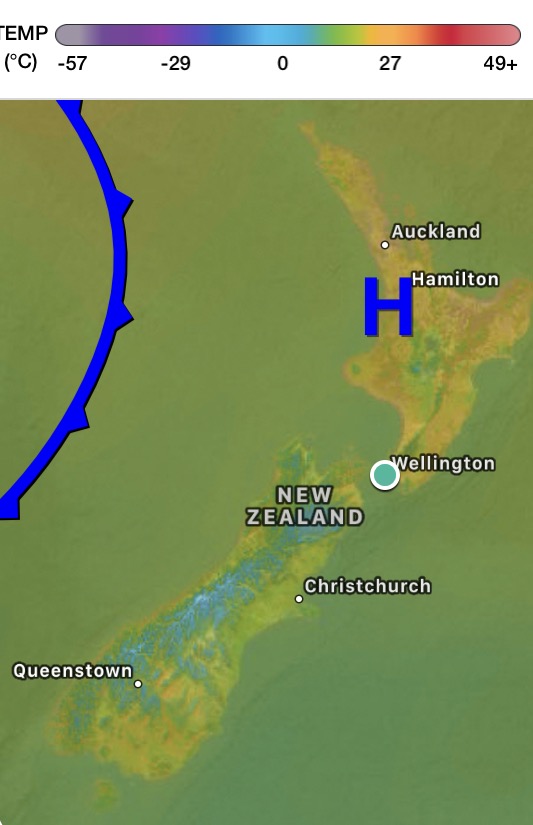 Don’t get too excited – today is a one off for most regions.

As you can see from the current temperature map above, there is a cold front coming for tomorrow (along with a low pressure system which will cross the country over Thursday and Friday).

The orange you see in both islands – both Southland and Waikato, for example, are now at, or around, the 20 degree mark.