Photos (20): Canterbury earthquake, one month on 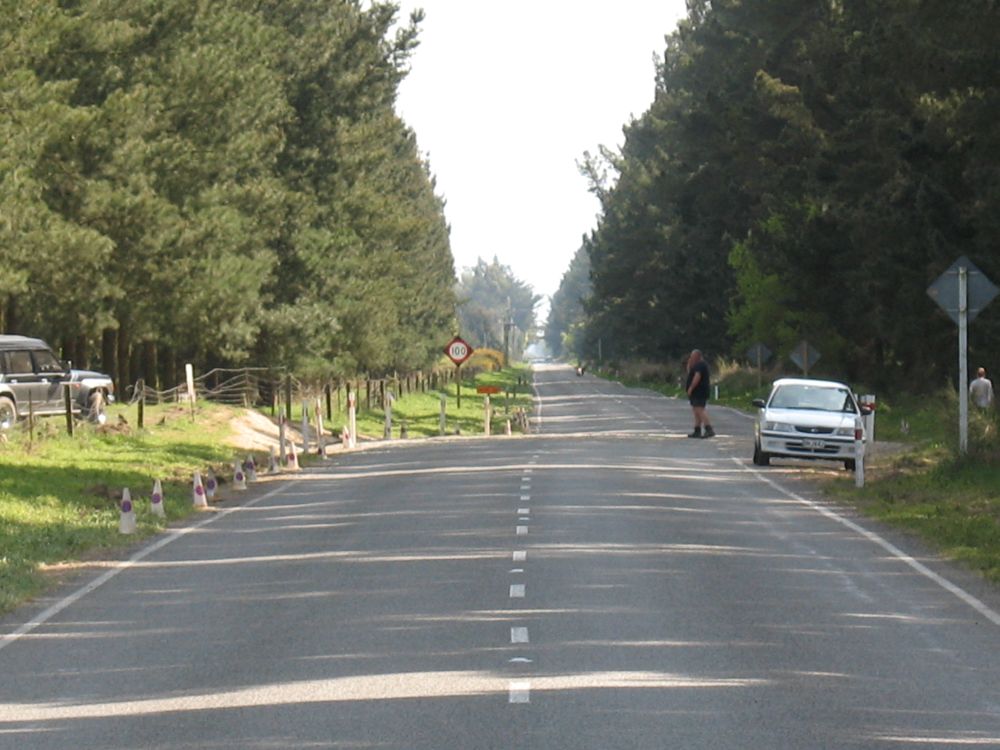 Today is exactly one month since Canterbury was rocked by one of the nations worst ever earthquakes.

WeatherWatch.co.nz weather analyst Philip Duncan visited the region again one month on to see how things were looking and to also give some balanced photos showing the region looking as beautiful as ever.

Many corner buildings in Christchurch have suffered damage to their exterior walls..

A completely destroyed building – but note that both buildings on either side are untouched.  This is often the case.  One badly damaged building followed by a street of almost damage free buildings.

The river and parks all looked absolutely amazing under the sunny spring weather. 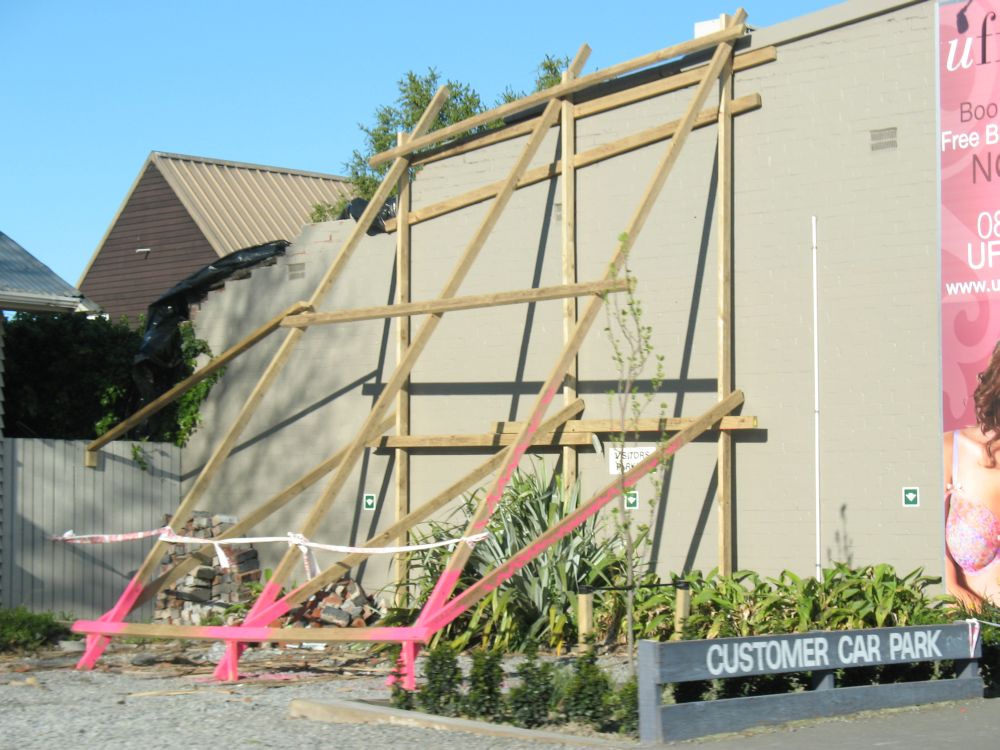 When I was there the morning of the quake many buildings, like this one, were damaged by at that early stage you wouldn’t have known it.  Coming back a month later the damage doesn’t see as extreme but it was certainly more widespread that I first thought.

What earthquake?  Most streets in Christchurch remain open and appear damage free.

It was definitely all the older buildings that suffered the most damage.

The most common sight of all – damaged chimneys.  Some streets every house had a chimney missing or damaged.

Note the brick wall has no damage, the street looks beautiful, but the house has a missing chimney.

This was our first glimpse of the actual fault line.  I’m standing on the top of it looking straight along it.  In the far distance, in the middle, you can see the ground raising up, but in actual fact the ENITRE paddock was raised.  The paddocks on either side were green and flat.  This one had cracks and dirt mounds all over it.

Big cracks and the fence destroyed as the ground lifted one metre here and shifted a number of metres sideways.

A new hill and a new bend in the road.  Professors from a Japanese University capture the fault line rupture.  They told us it had lifted one metre here.

A great photo which clearly shows just how much the road shifted.  Also, note the hill that has formed, to the left near the 4WD.  This road should be completely flat.

We drove the entire length of the fault line.  This was the only dramatic structure damage we saw.  Most farms looked fine.

This photo was taken in the exact epicentre of the quake, a few kilometres from Darfield.  You would never have known.

While this crack doesn’t look very dramatic compared to other images we’ve seen over the past month this one blew me away most.  This is because we were in the country, on hard, dry, ground.  This crack showed the huge violence.  The entire intersection and concrete gutters were covered in cracks like this.  The much more dramatic cracks in the city were created by broken pipes underground or because of liquefaction.  The violence would’ve been greater here to have created this crack on hard, dry, ground.

For the most part this building was fine – except for this corner and window.

Street after street in Christchurch was lined with beautiful spring flowers.

A common sight – piles of bricks stacked on the sides of streets from collapsed chimneys.

Dallington: We finally got power 24 days after the earthquake! still no sewage and a hose that runs from the mains into our house for water. My husband and I bought our house 3 weeks before the quake and moved in 2 weeks before the quake. Our first home………. we woke on our 14th sleep to a house that is to be pulled down and rebuilt….gutted. Our lane is slowing caving away and we are concerned about how much longer we will be able to use the driveway.

One tree in our garden that has nearly completly toppled over by the quake is mocking us by blossoming! lol

I live in Canada and have family in Christchurch. I am constantly looking at the New Zealand news for information on the earthquake and after shocks. I am shocked that after I looked at the headlines yesterday Cantebury had had another quake and we did not hear a word about it.
I hear from my family but while I am at work here you are all asleep, hense the computer headlines to find out what is going on.
Thank you for the pictures they sure have put my mind at rest, well done.
Please someone over there post headlines for us out of the country people so we can rest.

For anyone wanting to keep up to date with the on-going after-shocks, and quakes still continuing in Canterbury, we have found this site to be useful and up to date: http://www.christchurchquakemap.co.nz

Thankyou for your kindness and good natured comments pal, they mean lot.

Earthquakes must like the number 4, due to that big 5.0 mag (that felt more like 6) that hit at 10:21pm last night, on October 4, one month exactly after our September 4 shocker, just when i thought the aftershocks were fizzing out (as I told my mother yesterday afternoon) the swaying and rocking came back full force ! Then another one at 10:29pm! man those earthquakes sure know how to pick and choose!!

Just got rocked by a 5RM aftershock!
Not bad after a month on from the initial!

Thanks for the great photos and comments. I was there at the time visiting family and was amazed at the damage not far from where we were (Kaiapoi), when we had very little just out of Rangiora. The strength and spirit of the Cantabrians have been inspirational to the rest of NZ. Your comments and photos are a great reminder to keep them all in our prayers. Thank you!

…and the amazing pictures that shows the power of this thing are the ones out west near Darfield….the road movement one esp. .. must do a trip out there and have a look! A train trip perhaps?

Did you see the stream at the fault line where the road shifted sideways, thats what got me the most fascinated over.
Its fast moving either side of the fault but flat and calm in the middle.
You should have come out to kaiapoi to take some photo’s still alot of evidence a quake has hit out here.
Speaking of which we had a good jolt at 4:17pm roughly an hour ago, quite a loud rumble followed by the house jolting and swaying.
3.5 magnitude centred around the Burwood area, those rumbles remind me of the big one.