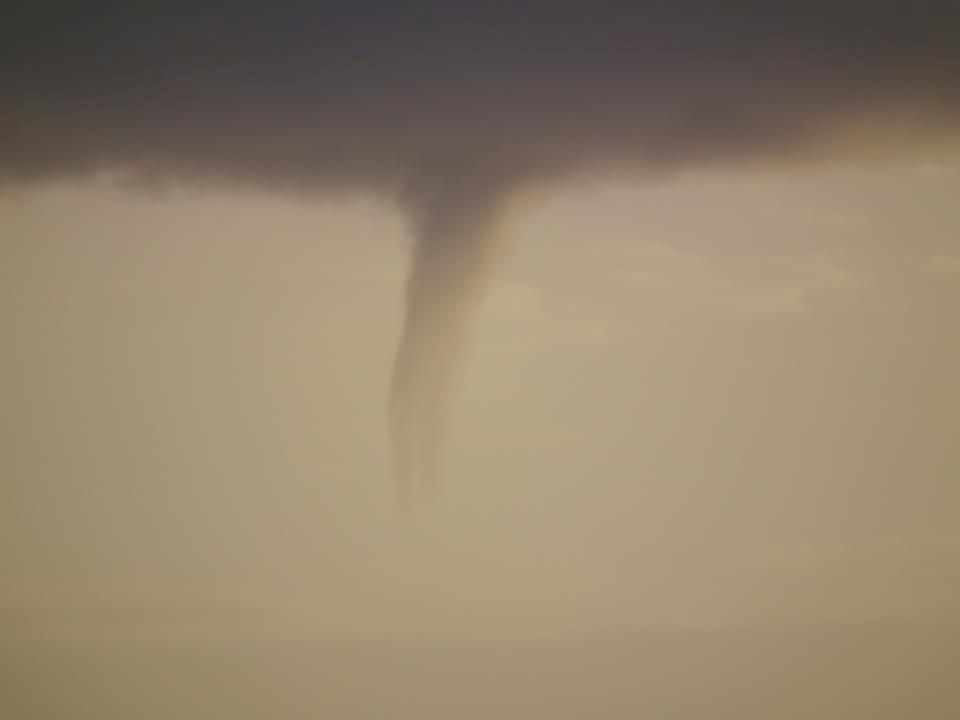 WeatherWatch.co.nz reader Annabel Goubitz sent us these photos taken a short time ago.  She says it lasted for around 5 to 10 minutes before fading.

WeatherWatch.co.nz head weather analyst Philip Duncan says cloud build ups today could trigger more funnel clouds.  “We have some big showers around the Auckland region already this morning and as we saw late yesterday a still day with afternoon heating could trigger a few isolated downpours and thunderstorms this afternoon and evening”.

Yesterday afternoon and evening Aucklanders were entertained by a couple of fast growing thunderstorms which brought some minor flooding to suburbs in the south while rumbling as far north as the North Shore.

The cloud build ups were mostly for show but locally created swirling winds and temperature drops.

While clouds were observed rotating no funnel clouds or tornados were reported.

WeatherWatch.co.nz says the risk today for isolated funnel clouds is considered moderate with a low a chance that one could reach the ground and form a weak tornado or waterspout.

never seen it before but with a sudden downpour of heavy icy thundery rain, yesterday (Tuesday 27th) around 6pm on Auckland’s North Shore, all our windows suddenly fogged up. Show’s how humid and warm the air had been I suppose