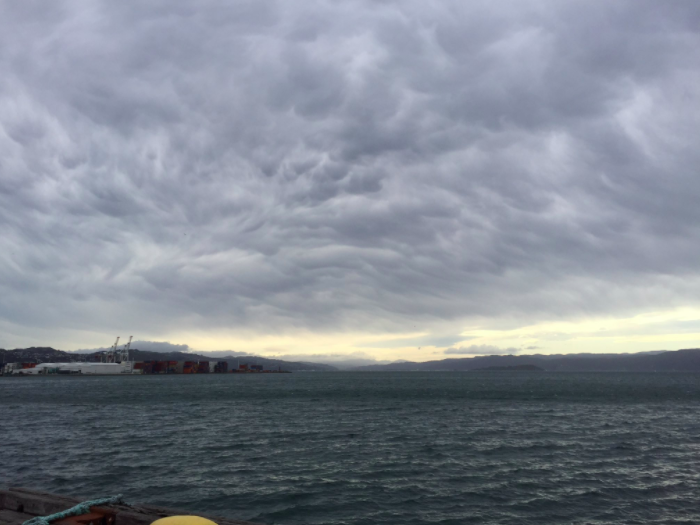 As this front moved northwards the clouds were converging around Cook Strait and Wellington as the nor’west winds become strong.

WeatherWatch.co.nz received this fantastic photo on our Twitter Page

Thanks for sending it in @annikakes!