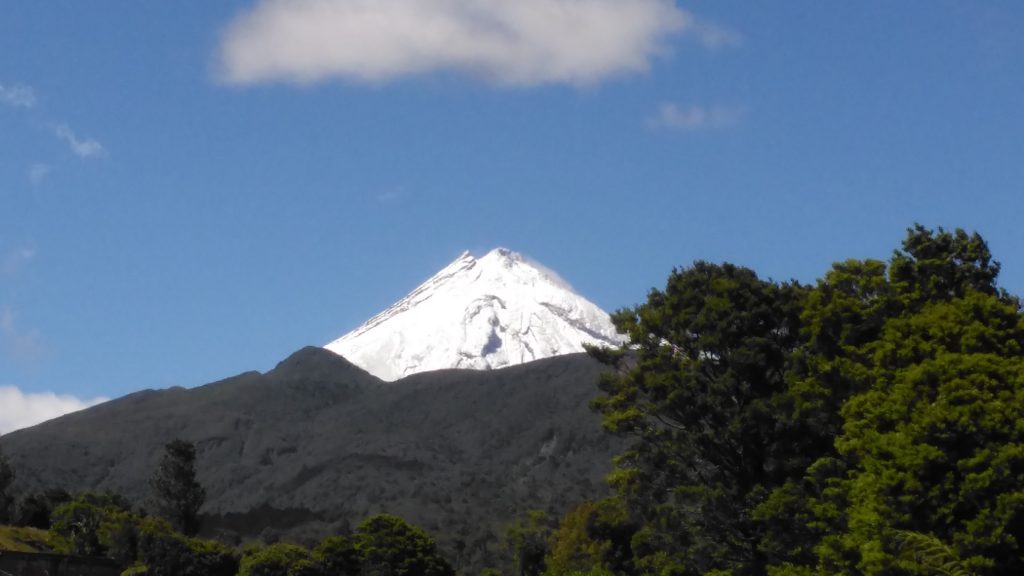 It does happen from time to time, but heavy snow on Mt Taranaki in the middle of summer is always an odd sight.

While the weak La Nina failed to bring in the warm and dry easterlies for Taranaki this summer instead the more neutral west to south west flow out of the Southern Ocean areas has dominated – and the low on Thursday helped dredge up more cold air.

As Queenstown and Alexandra in the South Island shivered closer to zero degrees yesterday with a frost in the area, snow flurries were falling on Mt Taranaki in the North Island.

“It was pretty cold last night, but I wasn’t expecting to wake up to this!” said Sue Martin-Smith who uploaded the photo directly to WeatherWatch.co.nz on Friday.

Thanks for the pic Sue! 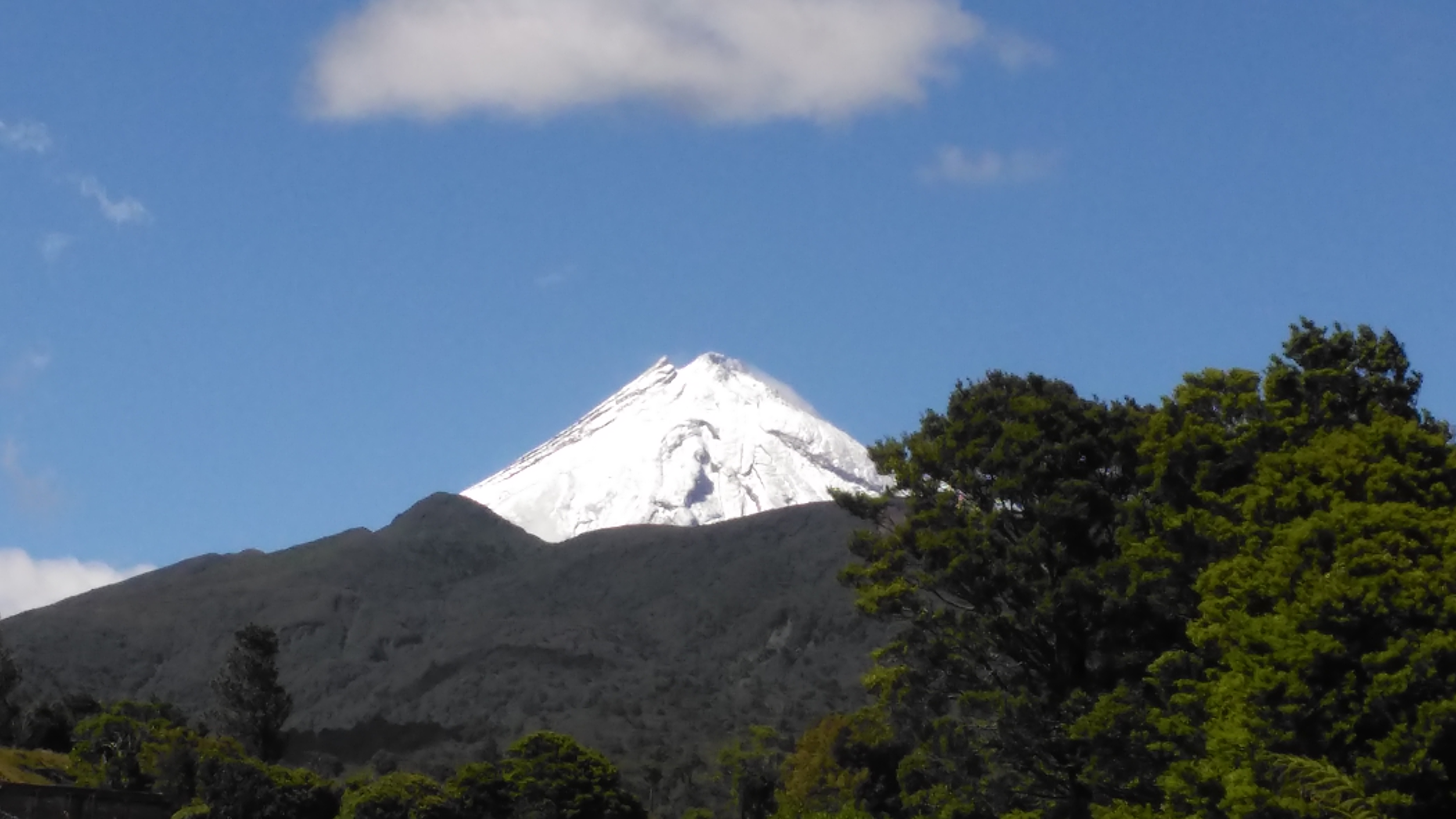