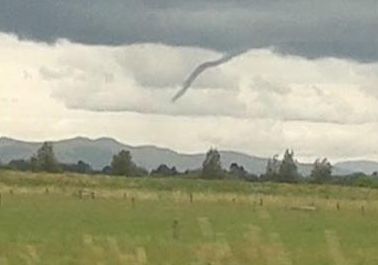 WeatherWatch.co.nz has received a photo from the Hauraki Plains south east of Auckland this afternoon, showing a narrow but dramatic looking funnel cloud.

If a funnel cloud touches the ground it becomes a tornado.

Weather conditions around the upper North Island are beginning to deteoriate this afternoon ahead of a Tasman Sea low on Sunday.

Tornados are not in the forecast today and the WeatherWatch.co.nz weekend forecast team say some afternoon heating has lead to cloud formations over some northern inland areas. It is believed to be an isolated case.  The Hauraki Plains is an area known for producing funnel clouds, with steep ranges on either side the area is a basin that can lead to dramatic thunderstorms and isolated tornadoes and funnel clouds on fairly calm days, especially as warm humid breezes from the Hauraki Gulf move in.

Photo by Monique Mantell – thanks for taking the time to upload! 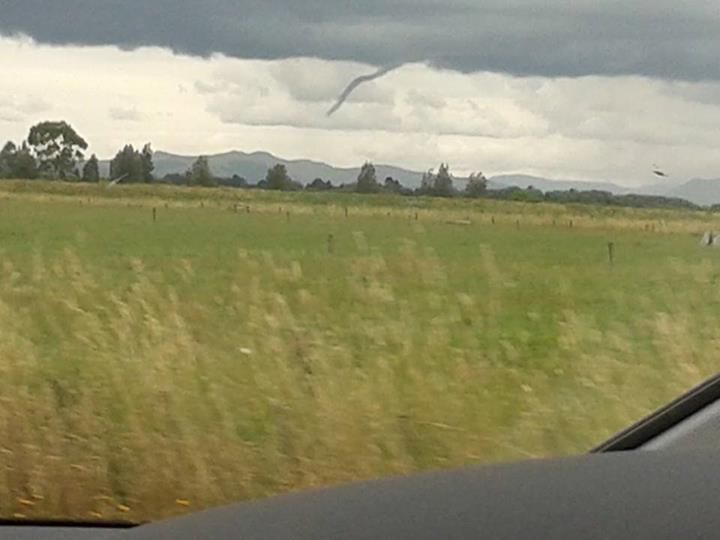