Philip Duncan – my terrifying 60 seconds one year ago 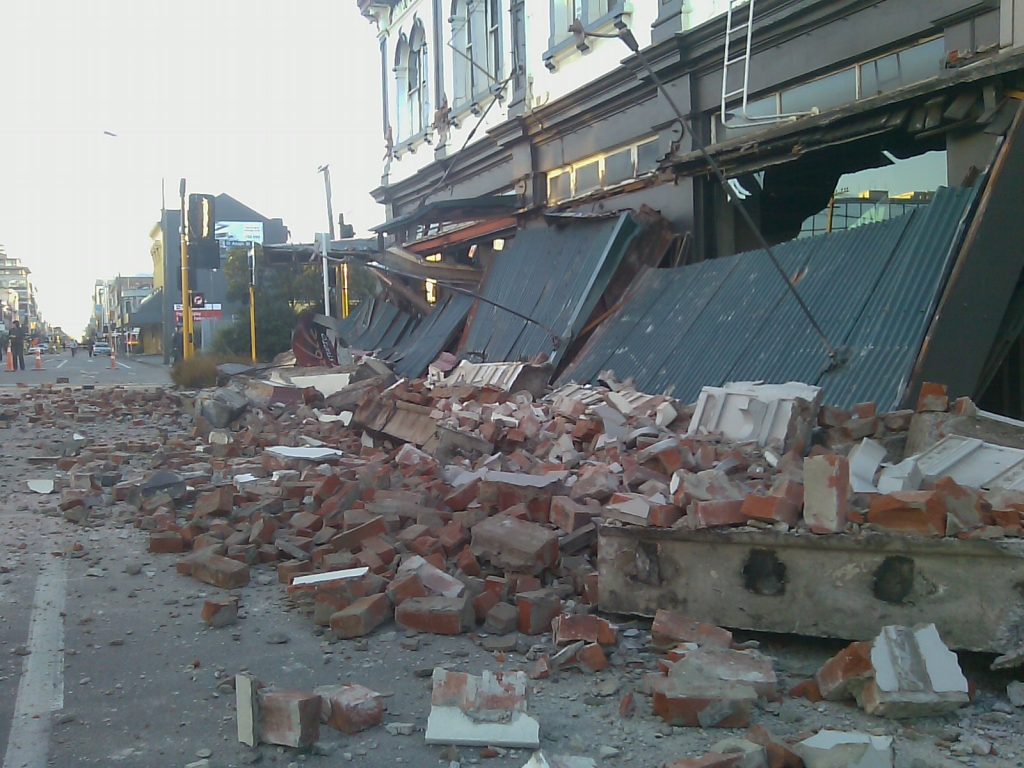 One year ago today at 4:35am I was woken in my hotel room seven stories up in Cathedral Square by the biggest earthquake I have ever experienced. After living through the Edgecumbe earthquake and dozens of moderate ones in my lifetime I knew this one was unlike any other.

I had flown down to Christchurch for just 24 hours, landing in sleety showers. By evening the skies had cleared and frosts were developing. Not a breath of wind.

Several hours later the quake hit â€“ and I vividly remember it as if it was yesterday. I can hear it. I can feel my hotel tipping over then swinging back. The windows close to exploding, the huge earthquake lightning flashing from the ground, and the rumble…that terrifying minute-long rumble.

I remember thinking my time was up…couldn’t even more to a door way â€“ and if I could, would it help me if the building fell down? As I tried to sit up in my bed I felt feelings and had thoughts I’d never experienced before. I won’t say it was my life flashing before me â€“ because it wasn’t. Just thoughts of loved ones and perhaps how much of my life I had wasted in sadness since my marriage ended a few years back. “Time to make a fresh start if I survive this” was something that flashed through my mind. “I’m not wearing enough clothes to run out of my hotel room” was another.

I had no idea a huge portion of downtown Christchurch had collapsed until I left at 6am. I walked around in amazement, fielding non-stop calls from the media here in NZ and all over the world. I was in a unique position being in the media and being in the heart of the city.

I was one of the lucky few who caught a flight out of Christchurch that afternoon. I didn’t have to live through the painful aftershocks â€“ and I felt incredibly guilty being able to get out of there.

Since being in that quake I have a new found love for Christchurch, a city I didn’t connect with before. I have been back several times to document the city’s progress â€“ and then the huge step backwards after Feb 22.

The whole point of my 24 hour trip to Christchurch was to meet with my weather colleague Richard Green and work with The Radio Network to set up Christchurch forecasts â€“ as we had done in Auckland. It has been on hold since.

It has been a long, unkind year for Christchurch and surrounding communities. My thoughts today are with everyone in the city, across Canterbury and to those around New Zealand affected not only by the Sept 4 quake but also what that earthquake unearthed 6 months later.

– Philip Duncan.  This column is also in today’s Herald on Sunday.

Phil, I have really enjoyed your heartfelt writing. Thank you very much for sharing your earthquake experience with us.

Great article Phil. One day I’m gonna write my own memories of the quake here in Timaru. (I thought that was bad enough) I can only start to imagine what Chch people have been through.

Thinking of you all today.

Phil, I have enjoyed reading your reflections on your Earthquake experience.  Sure was a life changing experience for many people.

Philip, I work in the tourist industry now, and speak to people who are either from Christchurch, or who are working in Christchurch or who are flying down to Christchurch for some reason or another.  For the life of me…I have no idea how they are staying sane.  I take my hat off to you and those that are still living the “such as life” Kiwi way.  I – to be completely honest – don’t know how they keep their sense of humour.

Kia Kaha to you all

Thank you Philip for your honest, heartfelt and eloquent piece on your experience of the September 4th Christchurch Earthquake. I have never been in an Earthquake myself (God willing never will…), but as I read your article I really felt like I was experiencing the terror in that hotel room right along with you. My thoughts and good wishes go to the people of Christchurch (and Canterbury) today. Will never forget about you…