Parts of Oz to take a hit 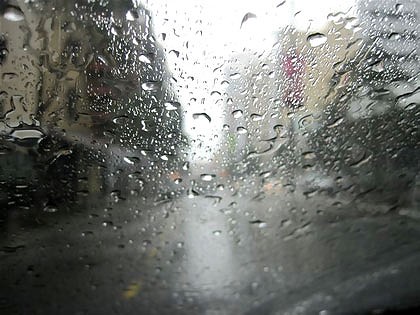 Eastern parts and the southwest of the North Island felt the effects of the cold and wind today however a more significant system is set to move across our friends over the ditch.

The weather system about to deliver destructive winds to Western Australia will also bring damaging winds to parts of South Australia.

SA residents will experience a very noticeable change in the weather after nearly a week of frosty nights and calm days.

Overall, wind in SA will not be as strong as in southwestern WA, but it has potential to cause some damage in the south of the state. Trees are likely to be blown over, powerlines may come down as well, leading to blackouts. Residents are encouraged to prepare.

During tomorrow, northerlies will strengthen, reaching their peak in the evening and overnight as the intense low pressure system crosses the Bight.

The region to cop the strongest winds will be the southern peninsulas and hills and also Kangaroo Island, where gusts may reach 90-to-100km/h.

Even Adelaide has a chance for wind damage, most likely in southern suburbs and the Hills.

During Thursday, wind should gradually ease in western and central parts of the state as the slow-moving low weakens slightly. But for the South East, this should be the windiest day before wind eases on Thursday night.

Friday will be a relatively calm day as the low continues to weaken south of Kangaroo Island. However, wind may become strong again in the south of the state on Saturday due to the possibility of the low re-intensifying in the Bight. The South East should experience its second burst of potentially damaging winds in a week on Sunday.

One effect of the wind and rain will be warmer nights ahead and break from the frost. Adelaide has just ended its coldest run of nights in 30 years. For the first time since 1982, the city had four consecutive nights cooling below 3.5 degrees.