Opinion: Haiyan’s power in NZ terms – almost unfathomable to us 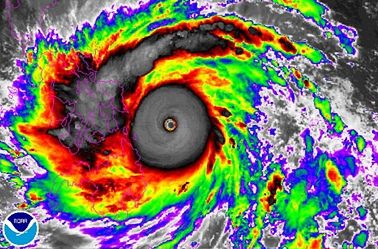 The power unleashed by Super Typhoon Haiyan last weekend was on a scale that most New Zealanders simply cannot comprehend, especially when compared to our own powerful storms.

Bola and the Wahine storm combined still don’t come close to the power unleashed by Haiyan.

Let me explain it this way:

Think back to the deadly tornado that hit Hobsonville, Auckland.  Now we need to do some multiplying.

Take the wind speed in that tornado – which we estimated was around 180 to 200km/h – and almost double it.

Haiyan had winds sustained at 320km/h and gusting to 380km.

Now take the size of the Hobsonville tornado – which only affected a narrow part of one suburb – and spread that damage across every street in Auckland – population 1.5 million.

Now spread that damage from Auckland to Wellington.

Now add another several million people in to the North Island’s population.

The Hobsonville tornado lasted less than a minute according to people we’ve spoken with – Haiyan lasted several hours.

Haiyan also brought a storm surge which some on the scene says rivals the damage caused by the Boxing Day tsunami last decade.  Some estimates put it several metres high.

The former typhoon is now falling apart over China.

Hi
The 10,000 death toll was just someones estimate early on…never was an offical number, and the media should not have started to use that as fact.
Also it was suggested it could be the most powerfull Typhoon to hit land, but I have not seen where that is has been made official…its just the media now thinking that is fact.

The storm surge was estimated to be 6m high..which is why tsunami like damage alright
i,e so like a tornado and tsunami combined.

also amazing to think its the equivalent of May here….the cyclone season ends here in April generally…but the western pacific can get typhoons just about any month of the year!

The claim that Haiyan was the strongest Tropical Cyclone to hit land (make landfall) in recorded history was made by Dr Jeff Masters on the hurricane page at wunderground.com, a site that he founded. His latest blog on his website can be found at http://www.wunderground.com/blog/JeffMasters/comment.html?entrynum=2578, and he has a graphic showing the top 12 strongest tropical cyclones ever, by windspeed, when hitting land.

Dr Masters first made the claim a mere 20 minutes after Haiyan first hit land in the Phillipines in this blog entry on November 8 NZ time: http://www.wunderground.com/blog/JeffMasters/comment.html?entrynum=2573, and a lot of media outlets picked up on it quickly and spread it around the world.

Might be worth noting that MetService reckon the Hobsonville event was actually a microburst rather than a tornado, although there has been some debate about this among weather enthusiasts… likewise with the more recent Devonport event.

MetService issued tornado predictions minutes after Hobsonbille – and MetService never sent an inspection team. We’re sticking with our call that it was a tornado which we also had confirmed by a leading US tornado expert.  There are a lot of politics at play with this one.    There are also authorities in Auckland which contradict M/S.

Did the ‘leading US expert” come and do an inspection? Does it matter that this person is from the US?
Also, I believe there more scientific ways of analysing data that looking at damage on the spot. I’d say radar meteorologists would be able to analyse data. Who are the authorities in Auckland that disagree – what is their assessment based on?

This story is to help New Zealanders get a better understanding of the horror those in the Philippines went through with this storm.  There are other smaller weather forums where lively discussions still continue about who was right and who was wrong with the Hobsonville event, the Devonport event and numerous other NZ weather events over the years.

We have the respect of Auckland Civil Defence, NIWA, also GeoNet and the NZ Govt, via the Ministry for Primary Industries, who contracted us for weather advice a few times this year – so we feel justified in what we say, and sometimes that doesn’t agree with MetService.  That’s why our company exists – because we have independent thoughts and forecasts.

The debate about the Hobsonville tornado occured, in depth, here at WW a year ago – we are not going back to that again and certainly not on this page which is focused on trying to clearly explain to New Zealanders just how ferocious this typhoon in the Philppines was.

Sorry, didn’t realise there had already been ‘in-depth’ debate about the Hobsonville event here – just thought I’d point out that it may not necessarily have been a tornado, as the media so quickly labelled it. Maybe that’s why MetService were so quick to label the Devonport event a ‘microburst’ this time round. 🙂 Now back to the Philippines…

Sorry, wasn’t meaning to sound rude – we just get a few people who keep wanting to dig this back up.  We actually often call the media and go very public on saying things aren’t tornadoes until we know more (including Devonport – which angered many in the forums). Thanks for your message, always appreciated. And yes – some horrific stories out of the Philippines tonight – CNN covering the devastation very well and it’s really quite moving to watch.  We are going to place links here at WW soon for people to donate directly to the main relief organisations, should they feel moved to.