Opinion: February school holidays – Are you for real? 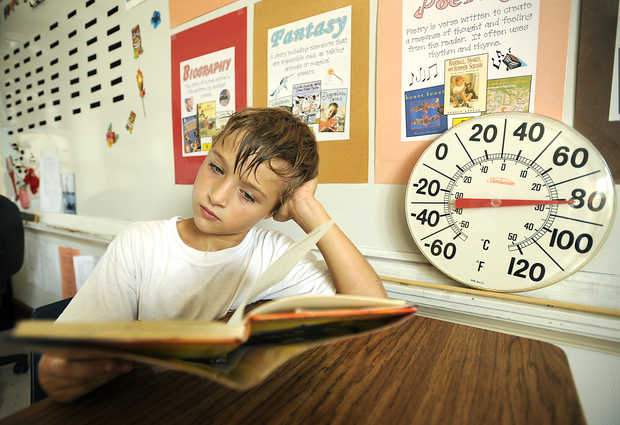 What’s all this talk about a possible change to summer holidays?

February this year has been particularly sunny for many areas and there’s no doubt about that but to alter a whole school year because of the weather in 2013 is surely going a step to far.

We haven’t seen a dry month, such as last month, since the early 1970’s and at a stretch possibly up to more than a century ago.
One great February though doesn’t mean we should uproot the school calendar.

This week on TV3’s Campbell Live Associate Health Minister, Peter Dunne mentioned that he was seriously looking at changing the Xmas/Summer holidays to February as the weather was much more settled.
Bob Jones is also keen and a few on the street interviewed on the tele were open to the idea but have they thought about this for more than a minute?

The problem is that figures don’t lie and February can just be as up and down as any of the other two summer months.

Temperatures are similar if not fractionally higher overall looking at the records of the last 40 years but sunshine and rainfall figures have been all over the show.

We’ve seen floods, high winds, hail and snow to fairly low levels during February in the past so why would it be any different in the future?

Last month was sunny but so was January however if we just turn back the clock one year ago it was a very different story. Cloud, gloom and rainy spells were the main weather feature and many of us felt robbed of a real summer.

Anyway how would it work? Give children from December 22nd- Jan 3rd off and then the entire month of February?

Daylight hours aren’t quite as long either during the final month of summer but i think what could be a problem is how tough it would be to sit in a classroom during a very warm month.
January lends itself to the great outdoors even when at times the weather elements might not always play ball.

My view is to not touch something when it isn’t broken. Don’t you agree?

Yes, leave it alone. February’s long term averages for the country as a whole show only a tiny advantage over January (temp. means are the same, rainfall a little bit less, number of rain days proportional, slightly sunnier as a proportion of the day but shorter days, hence fewer hours of sun per day anyway).

The variability in Februaries has been a bit greater than for Januaries, with some of them being amongst the real champions for awful weather – 2004 is a good example. It and 1936 provided some of the worst storms of the century – while that in 1958 had deluges of rain in several parts of the country, with major flooding. Last February was cool and very dull, with the Blenheim wine region seeing less than half of the sun it saw this time around. But this one was spectacular for sunshine and dryness, a lot to celebrate if your livelihood doesn’t depend on rain.

Lots of good points as always!

Many country’s have just stat’s off for Christmas and take their summer vacation in the best time of mid summer. Guess the question is when is the “best” time for NZ summer vacation. Times are changing so should we or we will be left behind. Globally it makes sense to optimise our summer for tourism as well. Basing our holiday on Christmas and the New Years days may just not work any more. How many other statutory holiday days dictate vacation times?

Yes it’s picking trouble if we start doing that and there’s never a blueprint with the weather.

We’re small islands in a vast ocean and open to all sorts and therefore can never guarantee anything whatever the time of year.