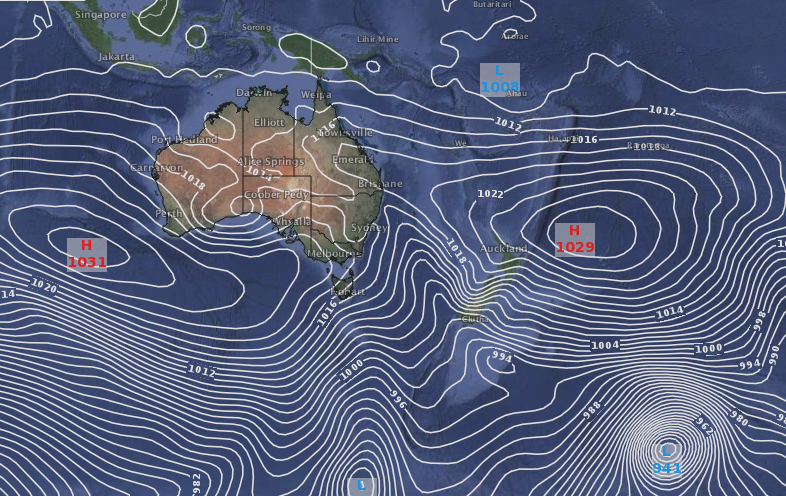 If summer is hot and winter is cold then spring is defined as being windy and changeable and this is caused by a big variety of highs and lows moving through.

“Basically spring is all about the incoming summer battling it out with the outgoing winter” says head forecaster Philip Duncan. “We see big highs, big lows, warm air flows mixing with cold and it creates chaotic, turbulent, unsettled weather over September, October and sometimes November”.

However one part of the equation has been missing around New Zealand lately – high pressure. “The bulk of the highs over winter and early spring have been over Australia and to our north. The change we’re seeing in October is that these highs are shifting further east from Australia towards New Zealand over the Tasman Sea and further south towards us too”.

Mr Duncan says it’s not a perfect or sudden set up, but those who are intimately tracking the rain should notice an uptick in dry weather in the first half of October. “Even if you have wet weather or showers most days the rainfall totals should be lowering with high pressure increasing. What was once a day of rain may now be just a few showers”.

However highs can also contribute to some our windiest weather in spring and next week sees more wind as well as more dry spells. “When the highs aren’t centred over the top of us but are near to New Zealand we end up being in the ‘squash zone’, the part on the weather map where all the isobars (lines) get squashed up together and this indicates windy weather. This also can help dry things out further, but can drive some people a bit crazy after a couple of months”.

The good news is that traditionally November is when the winds start to slowly ease back, but October can be stormy – so we’re not out of the woods just yet, even with the increase in highs coming our way.

October 1st kicks off with a low over the North Island and rain – but high pressure builds by October 2nd and 3rd drying things out for most.