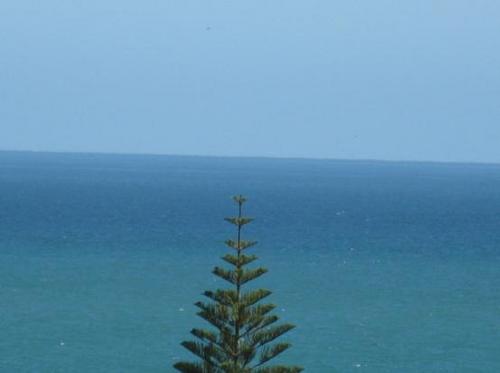 Just over a week out from winter and New Zealand is basking under fairly clear, mostly dry and warm conditions reports WeatherWatch.co.nz – and the forecast for Friday evening looks pretty good apart from central New Zealand.

To the north east of the country we have a sub-tropical low.  It’s far enough to the east to not bring wind or rain but has added some high cloud to northern New Zealand.

To the west of New Zealand (in fact just to the east of New South Wales) a low pressure system will rapidly intensify today – but it will remain over the eastern and central Tasman Sea for the next 24 hours.

A weak front is drifting through the lower North Island this evening.  A few showers from National Park to Manawatu are expected, but WeatherWatch.co.nz has lowered the risk of a shower in Auckland to just 5%.  Conditions are still predicted to be “near-perfect” for tonight’s RWC opening.   Perfect would be if the temperature was a few degrees warmer.  For kick off WeatherWatch.co.nz predicts it will be 12 degrees.

It’s been a mild week with highs in the late teens and early 20s across New Zealand…yesterday Timaru hit 21C and today Hawkes Bay made it to 20.

The warmer than average winds are due to the northerly flow on the tail end of our large high that’s been in place since last weekend.

As the high departs out to our west it’s pulling down a warm northerly flow.

Saturday:
The front that’s today lying over central New Zealand will disintegrate, however the fast forming deep and large low in the Tasman will push clouds over the country in the west as Saturday progresses.

The day should be mostly dry across the nation but rain is predicted to develop on the West Coast.

Sunday:
Rain in the north, west and south is expected.  Drier in the east but some rain spillover is likely.   Strong winds will move in to most places, but still mild.

Monday:  Rain or showers across much of the country with gusty winds almost everywhere.  Temperatures starting to drop a bit.