Home > News > NZ to miss out on Australia heatwave wit... 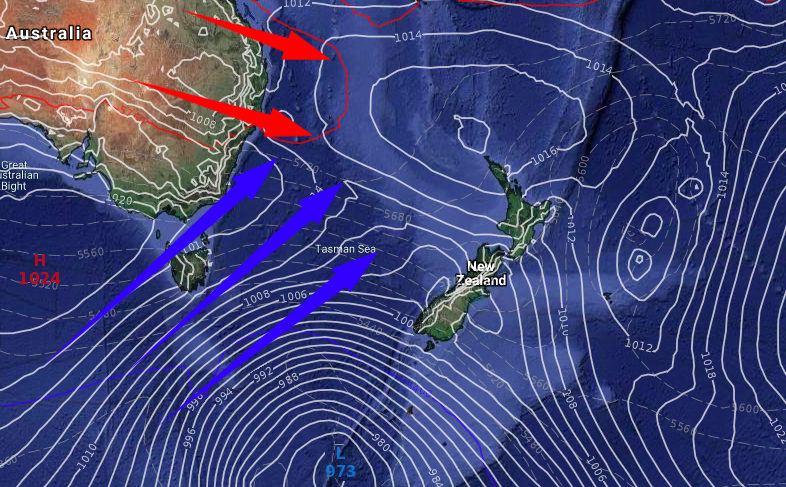 The heatwave spreading across Australia this week is only just starting but New Zealand looks likely to miss out on the extra heat due to cooler airflows coming out of the Southern Ocean.

WeatherWatch.co.nz says heat across Australia will peak mid to late this week with daytime highs inland in the 40s in most States. It’s tipped that some places will reach the 50C mark and a number of December heat records are being challenged.

You can read more about the Australian heatwave here.

The hot air from Aussie will try to head to NZ this weekend but a secondary burst of south to south west winds (The first being on Wednesday this week) will help push the warm air over the North Tasman Sea and by Sunday and Monday the heat will be north of NZ and retreating back to Australia.

NZ will actually see places drop below normal this week temperature-wise due to our more ‘spring-like’ pattern for this week.

#Australia might hit 50C this week but #NewZealand is not getting the heat due to a couple of more “refreshing” changes from the Southern Ocean!!

You can see on Saturday it’s trying to reach NZ, but the S to SW flow coming in to the Tasman Sea stops it.#Maps for Sat, Sun, Mon: pic.twitter.com/1JY7EgzRic