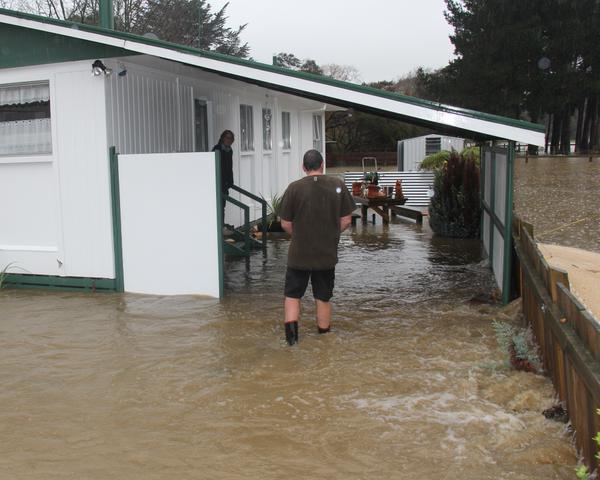 Red Cross is launching an appeal to help those affected by the weekend’s floods – a disaster the organisation has labelled the worst to strike New Zealand since the Canterbury earthquakes.

The weekend’s floods have devastated parts of Wanganui, Rangitikei, Taranaki, Hokitika and Dunedin and Red Cross says money from its appeal will go to those worst hit.

“The floods are the worst disaster to affect New Zealand since the Canterbury earthquakes. Thousands of people will need help to get their lives and livelihoods back on track,” said Tony Paine, the New Zealand Red Cross general secretary.

“We have launched an emergency appeal to help those most affected.”

A “comprehensive recovery job” would be needed as the scale of the damage became clear, Mr Paine said.

Red Cross emergency response teams helped Civil Defence throughout New Zealand, including with evacuations and welfare centres. Mr Paine said the teams would stay in place as long as needed.

“It’s been an eventful year for us with Cyclone Pam and the Nepal earthquake, but as always we are just as ready to respond at home as we are overseas and we know that Kiwis are also just as ready to help here too,” he said.