Home > News > NZ in for high pressure for rest of Nove...

NZ in for high pressure for rest of November, but downpours too (+16 Maps) 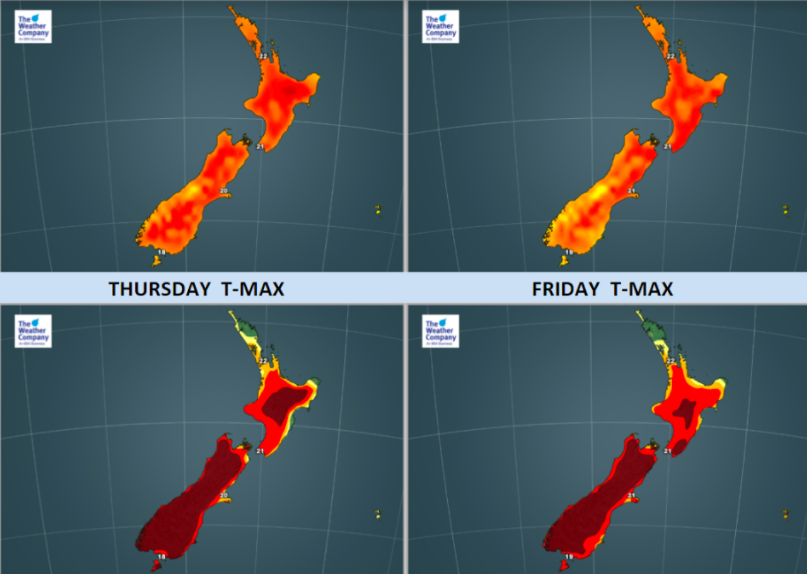 High pressure is growing around New Zealand today and WeatherWatch.co.nz says it looks “locked in” over the country for the remainder of November. This will encourage more days with calm weather, dry conditions and most likely sunnier too for those who have had cloud lately.

However – there may be cloud build ups each day, meaning the belt of high pressure won’t be dry for everyone. The set up over the next 9 days suggests there may be plenty of large afternoon downpours, triggering in the Otago region this Thursday and Friday and spreading into inland areas of both islands by the weekend – and next week.

WeatherWatch.co.nz says warmer than average weather is very likely across New Zealand – especially inland – and it will kick off tomorrow, Wednesday, when places like Alexandra and Cromwell climb towards 30 degrees with highs of 28C forecast. These places will be equally as hot on Thursday too (but with afternoon cloud build ups and downpours more likely).

The North Island will also feel the heat this week with highs around Waikato and King Country into the mid 20s, possibly later 20s for a few pockets further inland.

Under calm conditions coastal areas (including our largest cities) tend to get sea breezes during the day which are significantly cooler than airflows inland at this time of the year. 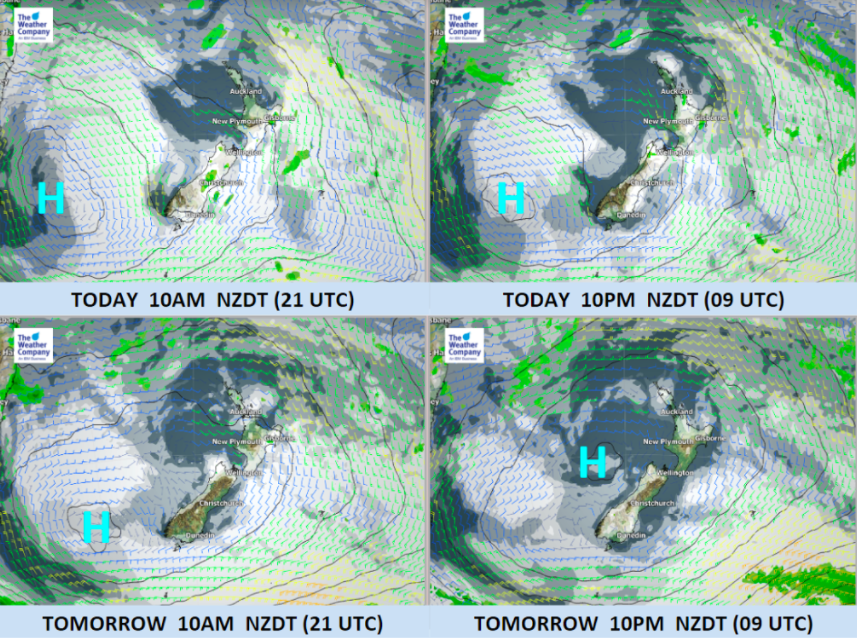 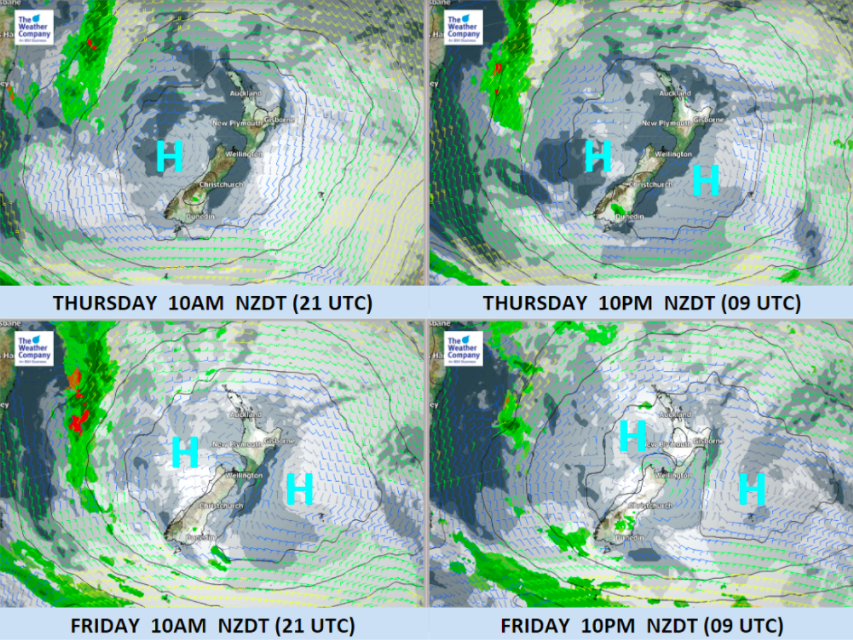 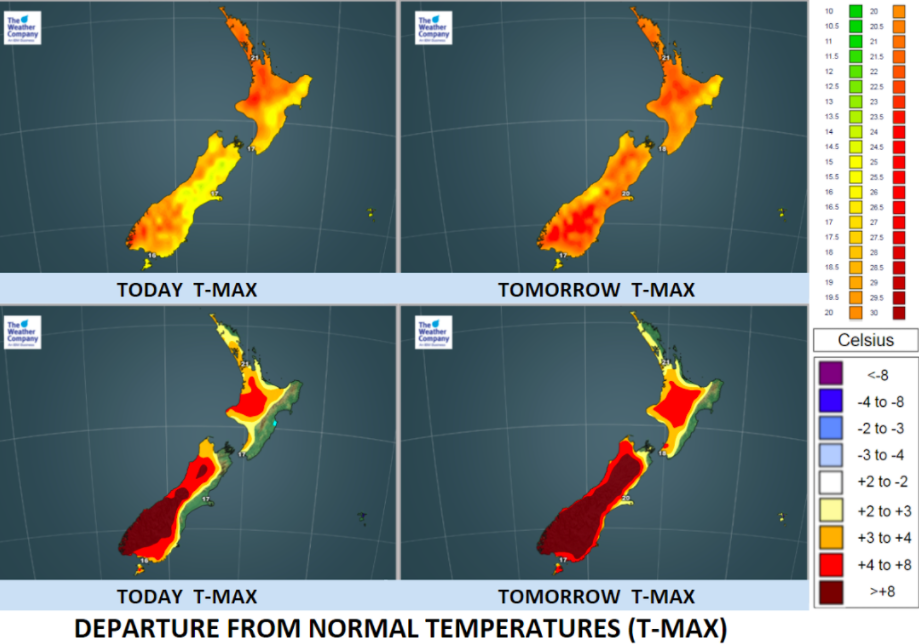 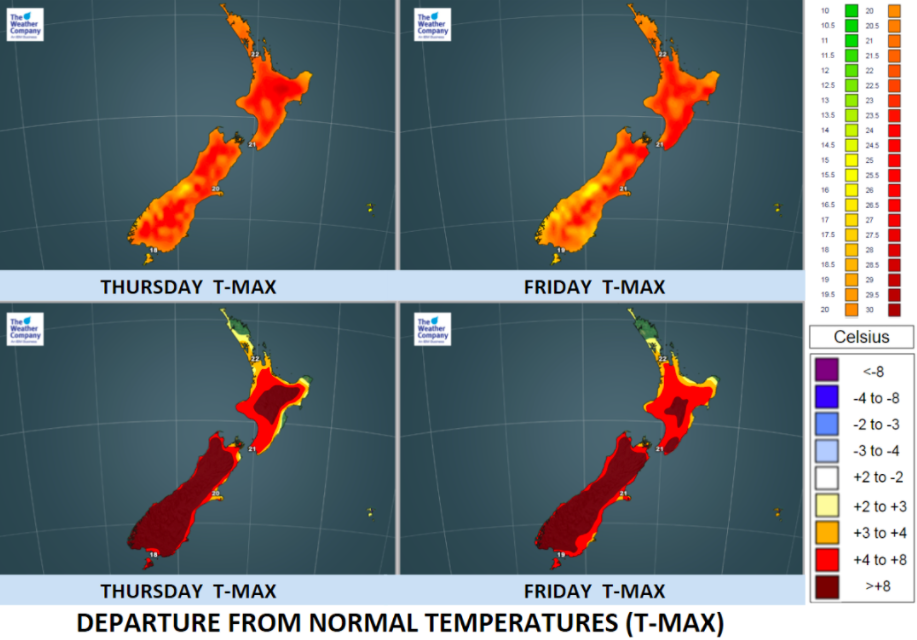 – Images by The Weather Company (an IBM business and an official WeatherWatch.co.nz business partner)