Nothing to see here – Weather risks on Monday 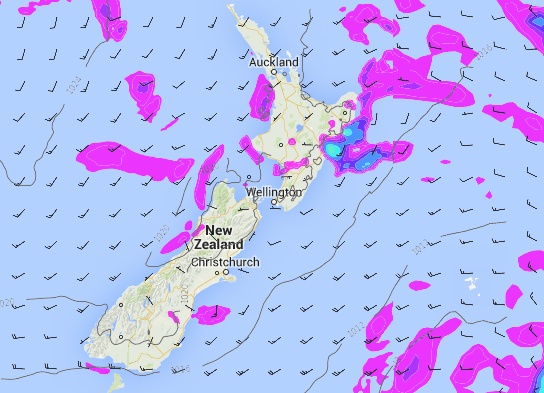 On Monday, we donâ€™t really appear to have any risky business going on – as the country sits under a fairly benign, slow moving weather system right now.

There is a fair bit of cloud about though, and this will bring a few showers with it – mainly to coastal areas – for both islands.

The North Island’s East Coast looks like it’s in for some showers – though they also look scattered and fairly isolated, while the West Coast of the South Island, and the east coast north of Dunedin also look a little damp at times today.

Other than that, it’s pretty clear going!

Great having frequent showers, garden would like more O Weather God. Enjoyed waking up to rainbows, a delight after previous day’s Crepuscular Ray displays out West.

What about the vast swathe’ of tears only now just moving off the country.  Areas of grumpiness and a realisation of being second best moving in.