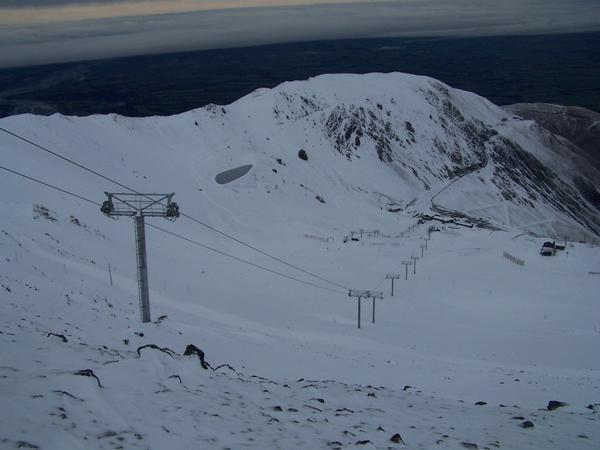 It looks like we’re at the beginning of a fairly damp cycle for parts of the country and with winter not officially with us yet is this a precursor to what we can expect over the next three months?- Not necessarily so.

With no strong La nina or El Nino present it appears winter will have its usual swings and roundabouts with lows and fronts either coming in from the north or south delivering rain with snow to elevated southern and central inland areas.

There will also be high pressure zones containing blue skies with pleasant days and frosty nights.

WeatherWatch is seeing a reasonably neutral winter season which could have a little of something for everybody.

Now this doesn’t mean there won’t be extremes as there’s always surprises whatever the season” says weather analyst Richard Green. ” But there’s a chance it will all balance out overall. We’ll see windy and wet southerlies with snowfalls across prone areas perhaps off and on but also the chance of continuous sunny days and frosty nights from time to time”.

Weather analyst Aaron Wilkinson says”As we’ve already seen fog could play a part over winter and the three biggest cities have all seen it inside the last week along with many other areas. It’s a tricky one to forecast as it needs the right ingredients and fog is often nuisance value as well”.

Skifields have seen some light to moderate falls inside the last month with the chance of more over the next week.
Mt Hutt is the first field set to open in New Zealand and the southern hemisphere on the 15th of June.

There’s still a chance the beginning of June could see slighly milder conditions across much of the country but the next fortnight is looking changeable and snowfalls on the mountains promising.

Just like a “Normal summer” we have just had?
Maybe interesting?
Should get all the elements of a winter season.