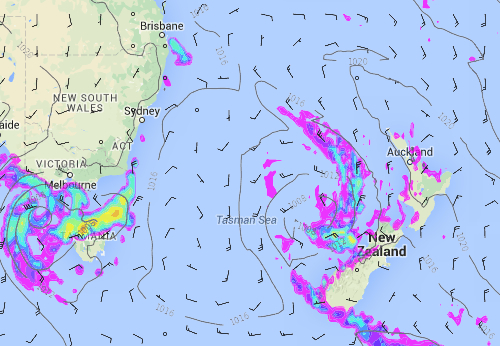 Not too much to write home about in terms of weather risks today – with a northwesterly airflow sitting over most of the country, which is settling things down.
A front is approaching to the southwest of New Zealand later in the day, but most places should enjoy a fairly calm day.

The Western North Island and the Central North Island are looking sunny during the day, but Taranaki could vloud over and see some patchy drizzle at times.

In the South Island, cloudy conditions will dominate the West Coast, with rain about South Westland (as usual!) but nothing too serious from the looks of things.