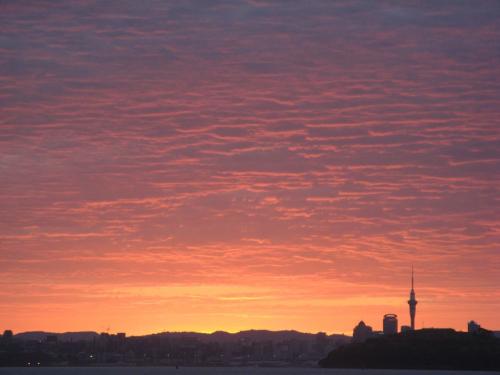 Most of New Zealand is in for a warm and settled New Years Eve according to WeatherWatch.co.nz, but not all of the country will have “perfect” weather.

A front, which is connected to the wet, humid, weather in Queensland, may slowly drift towards the upper North Island later on Thursday and into Friday but isn’t expected to bring much in the way of rain.

While other forecasters are predicting “Rain” for many northern centres in the coming 24 to 48 hours WeatherWatch.co.nz maintains it won’t amount to much.

Drizzle and showers are more likely for some northern areas, along with plenty of low cloud and humidity.

A small area of low pressure is likely to drift across northern and north eastern New Zealand over Friday and Saturday – meaning cloud, showers and/or drizzle are more likely in Northland, eastern Coromandel, Bay of Plenty and Gisborne.

WeatherWatch.co.nz says that while Gisborne is technically the first major NZ centre to see the sun on January first, this year heavy cloud may not make that possible.

Auckland’s weather for New Year’s Eve should be dry, but cloudy periods may linger into the evening.

But while “settled” weather is forecast for much of the country, it doesn’t mean it will be “sunny with clear skies”.  Between the front and small low in the north and a weak front in the south, it could make for a fairly cloudy New Years Eve – something New Zealander’s are fairly used to.

New Years Day is looking sunny, however, apart from East Cape/Gisborne where that small low and front will drag in cloud and a few showers.