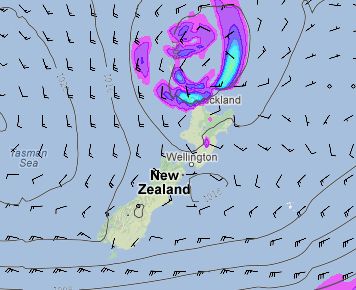 Much of the country could be looking at a settled day tomorrow.

For the upper North Island, it’s a very different story.

That will keep precipitation chances in place tomorrow for Northland, Auckland, the Coromandel Peninsula, north Waikato and western Bay of Plenty.

There could even be a few rogue showers south of that, but chances are small.

The chances for showers could linger into Tuesday.