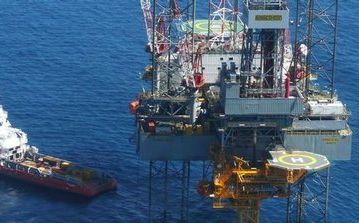 The Government has put an emphasis on exploiting New Zealand’s oil and gas potential in its Energy Strategy announced this morning, and is proposing changes to the industry’s exploration permit regime.

Acting Minister of Energy and Resources, Hekia Parata New Zealand said was “blessed with an abundance of energy resources” .

“Our Government’s goal is to make the most of all the assets we have – hydro, wind, geothermal, oil, gas and minerals.

“We want to use those resources responsibly to secure our energy future and to lift our standard of living. That is why the Government is taking a balanced approach to building a sustainable energy and resources future.”

The report said New Zealand was set to earn more than $3 billion in royalties from oil and gas fields already in production.

“That could increase to $12.7 billion with future discoveries, which would help pay for schools, hospitals, broadband and roads.”

Ms Parata also said the Government was seeking public submissions on changes to the way permits are issued for oil and gas exploration.

“Currently companies can apply to explore any area in New Zealand, the proposed approach would see the Government open up a limited range of specific areas for tender.

“The proposed approach would allow us to focus on areas of greatest potential, and will be more transparent for the public, who would know which areas are available for permitting and which are not. Communities and iwi would have an opportunity to comment on the proposed areas to be opened up,” she said.

Ms Parata said fossil fuels would continue to play an important role in the global economy, and New Zealand was no exception.

“We can’t just turn off the tap in our journey to a lower carbon economy. We also can’t ignore the major economic opportunity that continuing global oil demand could provide New Zealand. Petroleum was our fourth biggest export earner in 2010.”

The Government was also reviewing the Crown Minerals Act (1991) and that a discussion document would be released for consultation before the end of the year.

Legislation was expected to be introduced next year, with the focus of realigning the Act with the Government’s economic plans.

Renewable energy was also a focus of the strategy, and Ms Parata said the goal was to make the most of the country’s hydro, wind, geothermal, oil, gas and mineral resources.

“We want to use those resources responsibly to secure our energy future and to lift our standard of living,” Ms Parata said.