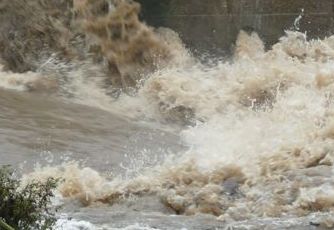 Homes have been evacuated and roads closed as heavy rain has caused flooding around Nelson overnight.

Four households were evacuated from Hope, near Richmond, amid concerns over rising streams feeding off the Richmond Hill.

Senior Sergeant Stu Koefoed of Nelson police said the households were evacuated from Ranzau Rd about 4am.

The road is closed, as is nearby Paton Rd, and warnings for other roads in the area are in place.

The bridge on State Highway 6 at Brightwater, southwest of Richmond, has been closed.

Traffic has been diverted around Waimea Rd West.

Mr Koefoed said no more evacuations were planned at this stage.

“We’re keeping an eye on it, but the river is the concern at the moment and it’s approaching peak now, from what the hydrologists have told us,” he told NZPA.

“It’s a matter of keeping an eye on those river flows and watching that, and hopefully we’re on the other side of it now — we’ve passed the worst of it.”

Mr Koefoed said police did not want people out rubbernecking.

“We want people to keep away unless they absolutely have to be there,” he said.

Residents should keep an ear to the radio for updates and drivers should take care on the roads.

The MetService last night said heavy rain was expected in the north of the South Island through to about dawn today.

Civil Defence said people close to rivers and streams should be prepared for a rapid rise in water levels.

Farmers should move stock to high ground where necessary and drivers should exercise caution as high winds were expected as part of the severe weather band.