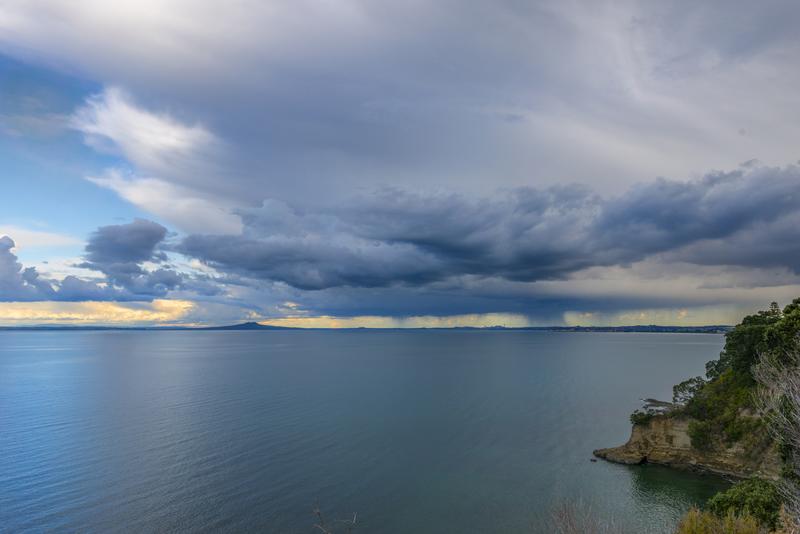 It’s a bit of a cloudy day across the country but the sun has been out in the north and south as a weakening cold front heads north.  The cold air has moved into the lower North Island as of Saturday afternoon.

Rain
Many areas are dry in New Zealand today – but showers are affecting central New Zealand (upper South Island and lower North Island) with a few showers also about Central Plateau and developing now over Northland. Early this morning a few showers fell over Auckland but they cleared in the 9am hour.

Showers now out in the Tasman Sea – associated with the colder change – will also move into Waikato and Auckland across the end of Saturday.

The rain clouds are a little tricky to precisely forecast for Sunday – that’s because a low is developing over the upper North Island and deepening…as it does so rain clouds will pop up and grow. Where they specifically develop is harder to see in a developing system like this.

However:
North Island:  Wettest weather on Sunday looks most likely in the North Island, especially north of Auckland and down the east coast (Gisborne, Hawkes Bay etc).   This rain, especially in Hawkes Bay, could become very heavy on Monday and there is a chance of Heavy Rain Warnings being issued by MetService. One to watch.
South Island:  Most likely north of Christchurch in the east up to Marlborough.

Heavy Rain Potential
This rain forecast is a positive one for the most part, as may farms in the east of New Zealand now need some helpful rain – for Hawkes Bay this rain could be significant with possibly too much of a good thing.  We’ll keep you posted on heavy rain in the region over Sunday, Monday and Tuesday.  We also suggest you check out any MetService severe weather outlooks.

Colder air is also moving up the nation today. It hasn’t yet reached the upper North Island – but will do so later today and overnight – although it’s running out of energy as the cold front gets absorbed into this developing low on Sunday over northern New Zealand.