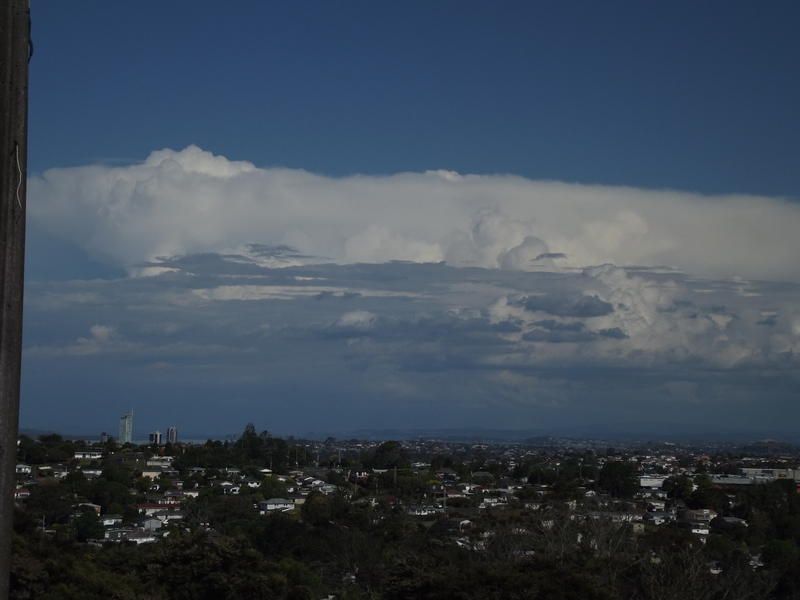 Lusi may have dumped significant amounts of rain over some parts of New Zealand but large dairy farming portions of the western North Island missed out.

Some viewers to CountryTV and WeatherWatch.co.nz, who are from those regions, say conditions are drier than in last years historic drought.

While generally there has been higher rainfall so far this year than last, many farmers say the windier weather has seen any rain evaporate quickly in 2014.

Long range models pick little in the way of substantial rain for the North Island in the coming 10 days.

Another cyclone will be dropping southwards this weekend – this time to the east of New Zealand – and is unlikely to reach the country at this stage, due to high pressure over New Zealand and the Tasman Sea.  It may drive in large and dangerous swells to the North Island’s east coast this weekend or next week.

A few showers are possible this Friday and weekend in some northern areas – but for most needing rain it will barely be a drop in the bucket.  Showers may even turn to rain in western Northland on Saturday – but it’s unlikely to be widespread across the region.  We’ll keep you posted on future possible rain events.

Tis a worry. We depend on mountain rain for our water supply. The stream has been running very low since January and we’re on the emergency bore water. What we need is a dirty big Nor Wester full of moisture to blow in with several days of good steady precipitation, with no downpours, hail, sleet or other rubbish. This year the weather has been so nutty that it is worth a laugh. Last week during the anticyclone there was light rain for a short time on Mt Wainui behind us. LOL it dropped our pressure from 1015 to 991, even though we stayed bone dry with a clearish sky. Seeing that more and more and those pressure drops won’t do us much good in winter. After that passed it rose to 995 and refused to budge any further, still in the anticyclone with all surrounding areas on high pressure. That’s the SE for ya, it thinks that we are a mountain, when we are at sea level.

With virtually no sign of measurable rain in the forecast out to the end of this month and the current P.N. total at 8.8mm this is set to be the driest March here since records began in 1928. This will also be the driest ENSO Neutral Phase (La Nada) drought recorded in that period as well. The final total of rainfall for the Nov-Mar period will be 190mm, which is 30mm less than last year. The upper Manawatu has been a bit wetter than last year though. A line from Bulls to the Manawatu Gorge divides the two regions.

An updated forecast has a small low developing over the Central Districts in the middle of the front moving up the country on Tuesday afternoon and passing through overnight and into Wednesday morning. That could bring this year’s Nov-Mar total much closer to the past drought totals in the end.

That possible depression anomaly around the Central Districts area late Tuesday & into Wednesday looks to be evaporating under the influence of the approaching high. Chances are now stronger for the staus quo. The La Nada influence continues. For those of us who enjoy a good drought, and we are more than you might tell, this is a ‘Celebration Day.’ The first day of Autumn and the sun continues to shine! Long may it do so. The water will return, but we may not like the way it comes back.