Home > News > Most of the complaints we get are ridicu...

Most of the complaints we get are ridiculous! Here are some tips to reduce weather surprises 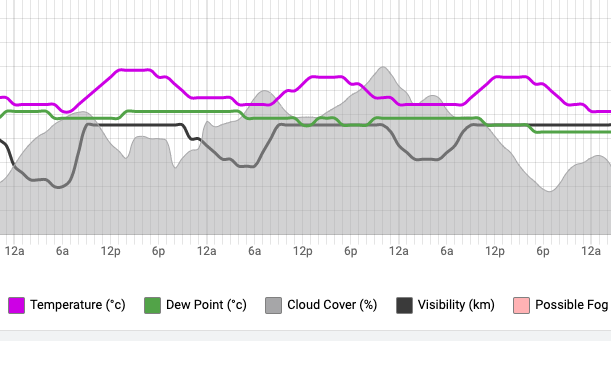 Imagine planning a drive through Auckland City by measuring the distance only and not factoring in traffic. Weather complaints are similar.

It seems obvious that if you’re about to travel through a major city that traffic and the time of day can influence how long your journey will be. So why, when it comes to weather, do many people not factor in variables? Probably because many assume that’s solely the job of the forecaster – and to a big degree it is – but no forecaster can be everywhere at once forecasting for every human. That’s why if weather is THAT important to your life, you need to drill down and read the fine print each day to get more out of it. If you do, you’ll get far fewer surprises.

The entire reason we set up RuralWeather.co.nz was because we wanted to be more fine tuned and detailed in your local area. Don’t just rely on the simple text forecast and singular icon at WeatherWatch – that may not be enough if you really do rely on the weather and need more granularity and detail. (By the way, it does take 10 seconds or so to load RuralWeather for the first time – we’re working on a fix for that in the near future to speed it right up).

RAIN COMPLAINTS:
We received a complaint today from a gardener who said we didn’t forecast the drizzle for Auckland this morning. We kinda did though. Our Infographics indicated a shower risk for the end of this week and there was a 20% chance of rain in our data. If rain is that important to you and you saw a 20% chance of rain when the days surrounding it had 0% then you might want to drill down further – rather than be surprised on the day. The risk was low, the amounts were tiny, but the data saw it in advance.

By ‘drill down further’ we mean don’t just rely on the basic general text forecast and singular weather icon – we mean to actually understand the context behind that 20% (for example)…and to do that you need to invest a little time. Watch our weather videos, go to RuralWeather.co.nz and see the rain graphs and hourly rain data, also look at the MetOcean rain maps and see where fronts might be and the big air pressure systems. To make a forecast as accurate as possible it needs to be a team effort when it’s a free service. So we give you the tools and do as much as we can do for you for free – but WHEN you then to drill down further we give you all the news stories, infographics, videos and extra data to make more sense of it.

Also, sometimes forecasters choose NOT to put something in a forecast if we think the chance of it is low and therefore it becomes too distracting. For example, other forecasters quite liberally use the thunderstorm icon – we do not. That’s not to say thunder won’t occur but it may be out at sea and small and perhaps not worthy of a week of publicity in your local forecast. When we put it up it’s because we have greater confidence it will occur.

TEMPERATURE COMPLAINTS:
Temperatures are a common complaint. “You were wrong by 2 degrees today” for example. But many people don’t take into consideration hills, buildings, wind tunnels, coastal breezes and clouds that may drop temperatures. Most main centres in NZ have a several degree temperature spread at any given time. Again, if precise temperatures are so critical perhaps look at paying for a service from us that focuses on just you. Or, think of each forecast high and low with a +/- 3 degree rule. You’ll have far fewer surprises that way.

CLOUD/FOG COMPLAINTS:
Fog and cloud is another issue – being surrounded by so much mild sea water means clouds are part of our life in NZ. Aotearoa – land of the long white cloud – isn’t a coincidence!  In fact in Auckland we’d only put the cloud-free symbol up about 4 or 5 times out of every 365 days a year – it really is that rare in our largest city to be truly cloud free all day.

If cloud cover forecasting is critical to you check out the cloud graphs and data at RuralWeather.co.nz. You’ll notice most days have cloudy times, especially if you’re in a region facing into the wind (like being on the west coast with a westerly off the sea). When clouds suddenly appear it might linger due to lack of wind – and then drop your temperature. One small cloud can do that. People shouldn’t be surprised to have cloud that isn’t forecast when you live on a small island, or live in an area that can be borderline for fog.

RuralWeather.co.nz has NZ’s only Fog Forecaster – it’s not a perfect science but it’s a new helpful guide for air travellers and others who have to deal with fog. From what we can tell, no one else has a product like this freely available. While not perfect, it’s a starting point to help.

OVERVIEW:
Forecasting in NZ is always tricky – we’re mainly comprised of two mountainous islands half in the windy, unsettled, roaring forties. The more you understand about variables, margin of error and WHY the weather is doing what it’s doing (ie, by watching our videos and looking at our news stories) then the more you get out of the free daily forecasts, thanks to having a better understanding of the many daily twists and turns which can alter your weather.

Our biggest supporters say they love WeatherWatch.co.nz because it doesn’t just give you a forecast, it tells the full weather story and paints the big picture of what is happening – to really bring the weather forecasts to life, to help make sense of it all…and to get fewer weather surprises.

For the second week in a row the weather is rubbish what is going on SICK of rain????? Quite disappointed.

Disappointed in forecast today said no rain and it just has. Pure disappointment. Forecast wrong again poor feedback. Sick of rain every day.

I have lived in NZ a year now and have found your videos and website to be tremendous. Your positive, articulate presentation skills, Phil, are what kept me coming back to the website and taking an active interest in NZ’s weather. I wish to say a hearty THANKS for all you and the team do and long it may continue. All the best for 2020.

Add to that, the weather apps on devices, often Wunderground etc, that are generated in the States with no appreciation for topography. You guys or Metservice would often get blamed for forecasts you did not generate.

Very true Andrew! We often get people saying “so much for…” and we have no idea what they are referring to – then find out it was another forecaster. 🙂

if people wanna complain about your forecasting they should go else where. you guys are the best

Thanks a lot, Josh 🙂