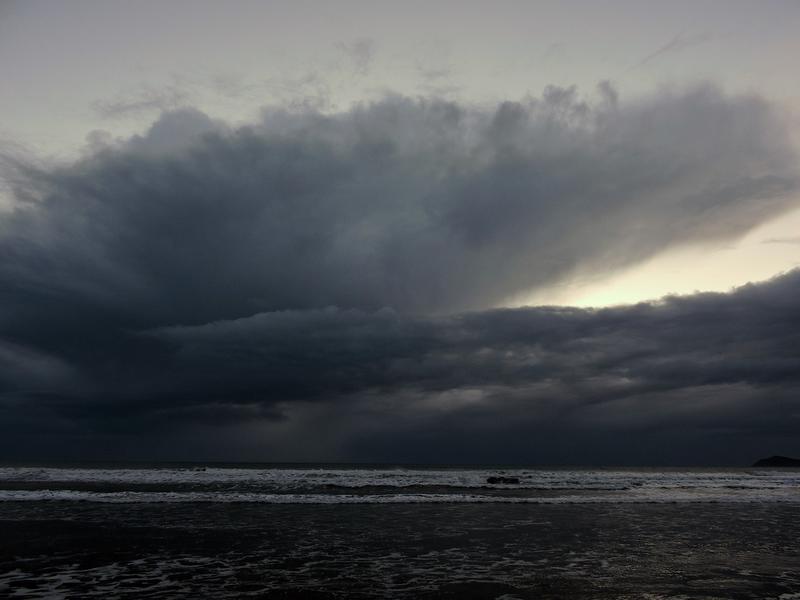 Strong winds and heavy rain are once again in store for parts of New Zealand on Wednesday – while cloud and drizzle are in store for others.

Southeasterly winds pushing through Cook Strait will likely be strong – gusting to gale at times – while the same goes for southern Taranaki.
Winds about coastal Wairarapa and perhaps coastal areas of southern Hawkes Bay will also see gusty to strong southeasterly winds during the day.

There’s a chance of heavy rain for all of Southern Hawkes Bay, Wairarapa and Marlborough, and perhaps at a touch North Canterbury too, depending on how far south the rain band extends.

For the southern Hawkes Bay and Wairarapa area – especially the ranges – there may be 60 to 100mm across a 24 hour period on Wednesday.
The higher totals will likely be in the ranges, but this still affects the coast – as if rivers rise, they naturally flow down to the coast.

Marlborough should only sit around the 20 to 50mm mark, so less than further north – but still there could be heavy areas or spells of rain.

Parts of North Canterbury may only be 20 to 30mm across the day, so not as heavy, but still welcome, as this area has of course been dry for a long time.

Cloudy areas and the odd shower here and there, especially in the afternoon and evening, along with brisk southwesterly winds, and temperatures in the high teens.

Areas of rain through the day, with breezy southeasterly winds and highs in the early teens.

Morning rain will ease to just patchy showers or drizzle by midday, southeasterly winds and temperatures barely in double figures.