More wet weather, snow for the ranges – Your Main Centre Outlook on Monday 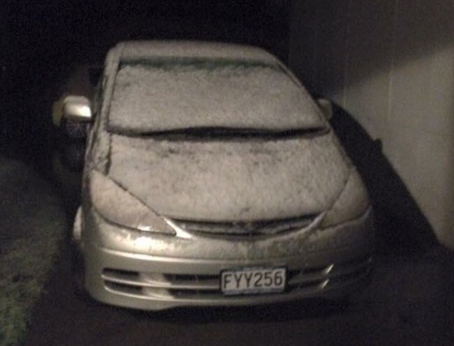 After the weekend’s damaging gales, stormy conditions and heavy rain in some places, the new week will start off a little less intense – though that low pressure system is still very much with us.

The northernmost low pressure system is starting to fall apart on Monday, meaning the system to our southeast will start to influence our weather. This means patches and periods of rainfall start to scatter themselves around the country, and temperatures drop in some parts of New Zealand.

This wet, cold air flow means more snow for the South Island ranges and ski fields too – and some for the North Island.

Frequent showers through the day, with some becoming heavy and accompanied by squally and cold southwest winds – dropping temperatures into the mid teens.

The capital once again looks to escape the worst of the weather to the north and south, with mostly sunny conditions, and a few showers later in the evening or overnight, temperatures in the early to mid teens.

Wet in Christchurch, with rain interspersed with long dry periods, while cold winds blow from the southwest – keeping temperatures in the single digits for the most part, before rain clears later in the evening.