More thunderstorms? #WeatherRisks and your Main Centre outlook on Wednesday 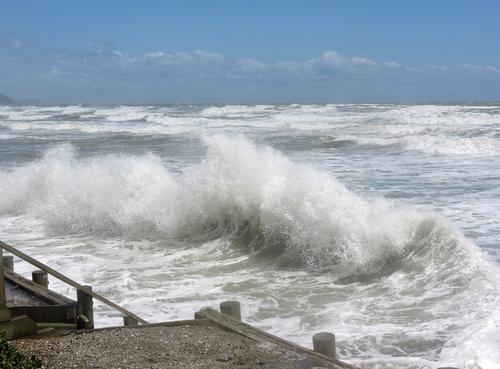 With a southerly change moving in and some unsettled weather on the way through Wednesday, there are some associated risks with thunderstorms.

A moderate thunderstorm risk runs right the way from Mid Canterbury through and up into North Canterbury, mainly for inland parts of the region.
There’s also a surrounding lower risk for South Canterbury, in the afternoon and early evening.
Any thunderstorms could also contain hail.

Every time there is a storm like this in Canterbury, there’s potential for a wind funnel as we saw last week, though the odds are against another similar event happening again so soon.

Meanwhile, from the Bay Of Plenty across to Giborne and northern Hawkes Bay, showers develop in these areas in the afternoon, with the potential to become heavy with thunderstorms, then clearing later in the evening.
Heavy downpours are also possible with any thunderstorms that may form.

Shaping up pretty cloudy through the day, while a few showers pass through in the afternoon too, as west to southwesterly winds freshen – though temperatures stay fairly high, around the early to mid 20s in places.

Cooler in the capital, after morning showers clear to some sun, while further showers move in later in the evening, buffeted by southerly winds – and a high in the mid teens.

And similar in Christchurch, as any early showers clear, leaving sunny areas with light winds – before showers develop again towards the coast late in the afternoon or evening – and a high of around 15C.