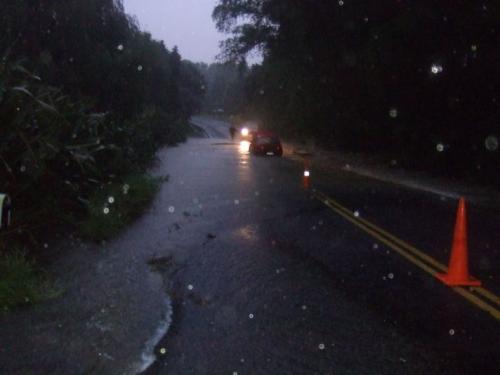 Long range computer models are predicting two lows next week, yet another sub-tropical low at the start of next week and a larger low in the southern Tasman Sea.

Latest computer models show the sub-tropical low, which would be one of several this winter from the north, should be far enough east to miss New Zealand, however those in East Cape should be aware of it following this weeks torrential rain.

But WeatherWatch.co.nz says the main concern will be from a large low predicted to move into the Tasman Sea around Wednesday next week, possibly bringing heavy rain to the west coast, thunderstorms and a wintry blast afterwards.

This Tasman Sea low should bring an end to the clear skies and light winds that have been consistent over the South Island for almost a month.

WeatherWatch.co.nz says it’s looking increasingly likely that the North Island will escape a brutal winter this year as the warmer and wetter conditions continue well into July.

Typically the weather starts to slightly warm up from mid August in the north although cold blasts bringing heavy snow can occur well into Spring.

North Island have brutal winters? News to me!