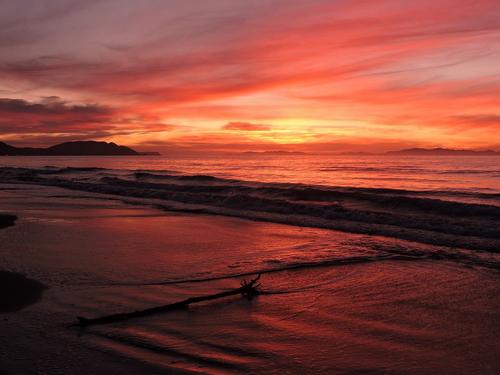 A west to northewst airflow starts to ramp up over the South Island on Tuesday, but once again it shouldn’t cause too many problems – at least not until a front moves onto the Lower South Island in the evening.

Other than that, it’s looking fairly plain sailing again – with cloud in western regions and sun in eastern parts of the country through the day.

Another warm day in Auckland – after a cloudy start, sunny areas then take over, with west to southwesterly winds and highs in the early 20s.

Similar story in Christchurch, as early cloud breaks to mostly sunny weather from morning, while east to northeast winds blow near the coast, and temperatures getting close to the mid 20s(!).