More cloud for most – Situation & outlook for Thursday 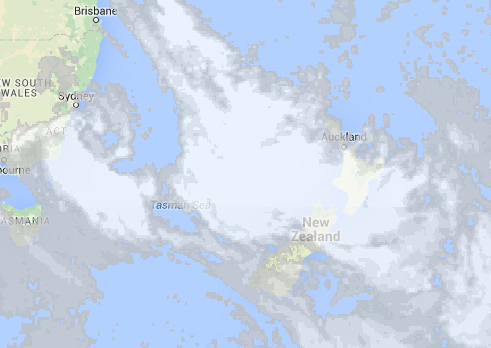 Tomorrow is looking cloudy again in both islands, as an easterly quarter wind flow lies over most of New Zealand.
Southland and Central Otago look to be the best placed to see some significant sunshine – while a front continues to lie over central New Zealand.

A mostly cloudy day for all of the North Island, with  northwesterly winds for the upper half of the Island, and southeasterlies for the lower half.
Areas of rain activity look likely for places south of Auckland, with heavy falls at times from Taranaki southwards in the west.

It’s looking like a mostly cloudy day here also, although there may be a few sunny spells in the far south in the afternoon.
Winds will com from the northeast, with patchy areas of drizzle for the upper South Island, and rain moving onto the whole of the West Coast and Nelson in the afternoon, before spreading everywhere else in the evening.