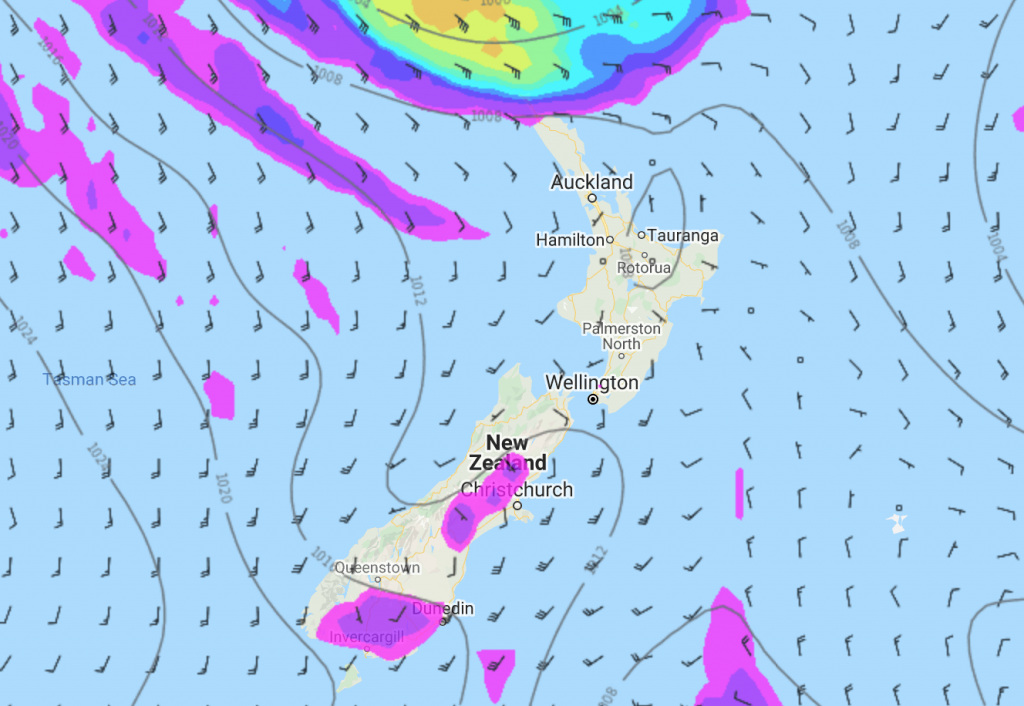 A deep low lies to the north of New Zealand on Monday meanwhile expect a ridge of high pressure over the country. This ridge gives way to a southerly airflow over the South Island during the afternoon then the North Island overnight.

The upper North Island can expect plenty of high cloud, some sun may break through at times. Winds are mostly light however easterlies start to build over Northland bringing in some cloud and showers from afternoon. For the lower North Island expect areas of high cloud also, mid to lower level cloud in the southwest gradually breaks away. Late afternoon / evening southerlies start to freshen from Wellington then up along the east coast bringing increasing cloud and a few showers or some drizzle.

Morning showers for the West Coast of the South Island then breaking to a mostly sunny afternoon. Nelson has a mainly sunny day however expect developing high cloud. Cloud and showers / drizzle about Southland spreads northwards during the day reaching Canterbury in the afternoon then perhaps Marlborough overnight, mostly sunny conditions beforehand.