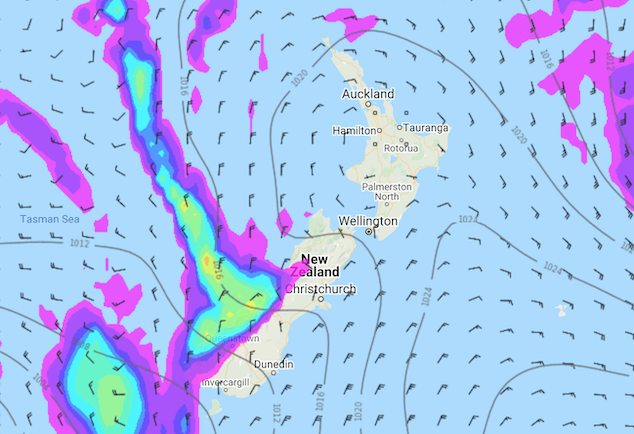 A ridge lies over the North Island on Monday bringing mainly settled weather meanwhile a northerly airflow lies over the South Island.

For the North Island expect mostly sunny weather and some high cloud with light winds. There is some cloud however for eastern Northland and also East Cape which may bring the odd shower, Hawkes Bay sees some cloud also but should stay mainly dry.

For the South Island expect cloudy skies in the west with rain, heavy for South Westland. Mainly dry out east but expect plenty of high cloud, winds from the north overall however coastal areas in the west and east see breezy northeasterlies.