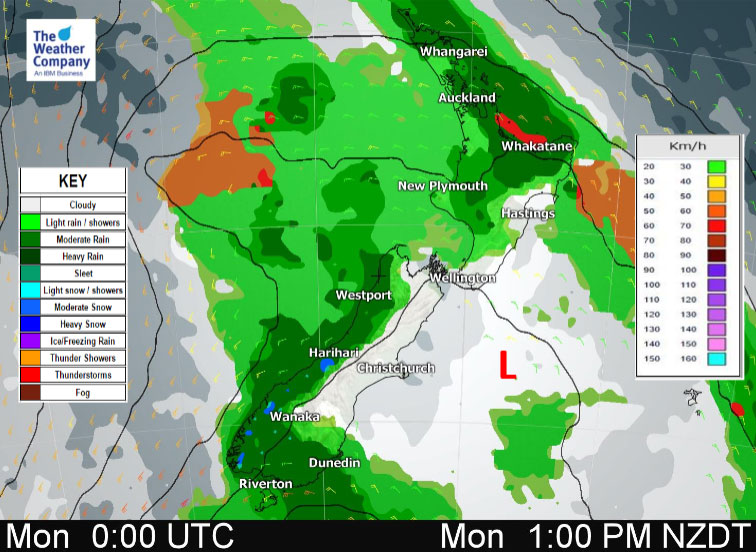 A series of fronts move over New Zealand today bringing mainly wet weather in the west and dry weather out east. A fairly cold southwest change moves into Southland this afternoon bringing rain reaching Canterbury in the evening however by then it will only bring a few showers.